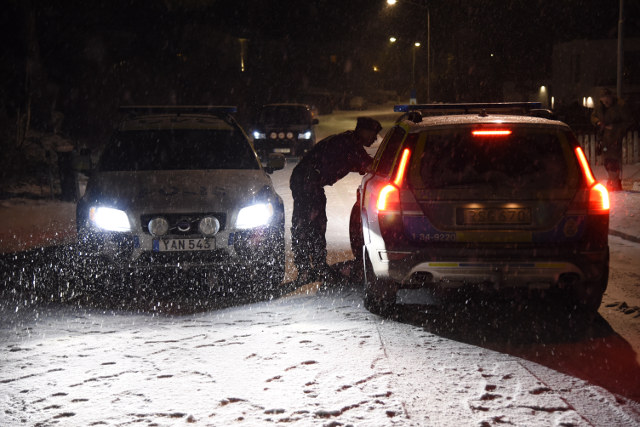 Officers at the site of the blast. Photo: Lars Schröder/TT

No one was injured and there are currently no suspects for the blast, but police are working to try and establish any possible motive.

“We can't rule anything out just now, but we are working to try and find out what the motive could be for the detonation,” Uppsala Police spokesperson Lisa Sannervik told news agency TT.

Investigators explained they are also trying to establish if any concrete threats were made towards the man.

“With regards to the threat situation, that's something we’re working on right now, to see if there is a link between the blast and the employee. We can’t see any more than that right now,” Sannervik added.

Technicians are currently investigating the site of the blast. Police have launched a preliminary investigation under the classification of devastation endangering the public.

In a statement on the Swedish Police website, Commissioner Dan Eliasson condemned the incident.

“Any time a member of the judiciary or Swedish Police is subjected to a threat or attack it is one time too many. All efforts are made to protect our employees and ensure the culprits are prosecuted. No one should hesitate about the police's intentions in that regard,” he said.