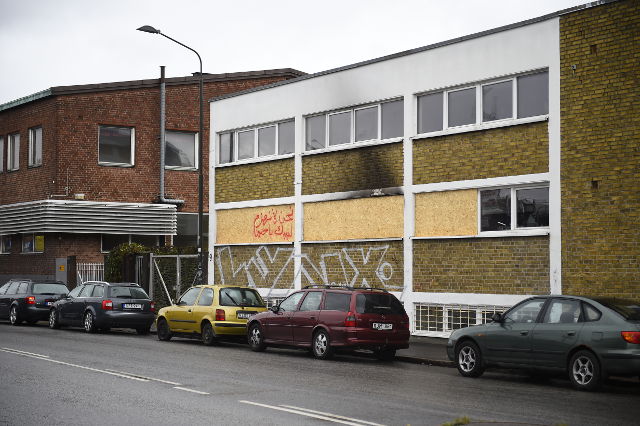 The 'terror' attack which appears on Trump's list led to a building being smoke damaged. Photo: Emil Langvad/TT

After the President made his claim, the White House released a list of 78 'terror attacks' they felt did not gain proper coverage, including an incident in Malmö, Sweden from October 2016.

The Malmö incident in question – an arson attack which caused smoke damage to a community centre used by an Iraqi cultural association – was covered by The Local several times.

In December, Malmö's district court judged in a remand hearing that, contrary to the chief prosecutor's wishes, the man suspected of causing the attack could not be reasonably suspected of a terror offence. He instead stands accused of arson.

In other words, the court judged there was not enough evidence to consider the fire a terror incident, calling into question why it appears on Trump's list in the first place.

Here's the list the White House sent of attacks they feel “did not receive adequate attention from Western media sources.” pic.twitter.com/lj8eOZQfnY

A partial explanation is likely linked to Isis magazine al-Naba, which did indeed claim the fire was orchestrated by the extremists. At the time of that claim, terror experts pointed out that Isis has a habit of taking responsibility for incidents they have nothing to do with, and may therefore have done the same with the small fire, in which nobody was injured.

After contacting Malmö district court, The Local was given access to the conclusions from the initial remand hearing for the man accused of causing the fire, which was held on December 7th. It states:

“According to the district court, the level of suspicion required to be considered a terror crime has not been met. The man is on the other hand accused of arson, on probable cause.”

Terrorism expert Magnus Ranstorp, a researcher at Sweden’s National Defence University, thinks Trump’s move is an exercise in domestic propaganda which pays little regard to facts.

“The easiest way to describe this is classic fake news from Trump's White House. This is nothing to do with the truth, it’s an influencing operation. Propaganda, targeted at the American population.” he told The Local.

And Ranstorp emphasized that events like the Malmö fire have been covered by the media to the degree they merit, despite assertions to the contrary from the US:

“These things have been reported at a local level, as many of them are instances of local news, for which there would be a limited international appetite. Then there's also the question: if you aren't sure if it was a terror-related issue, or something else, why would you report it as terror?”

Of more concern, he feels, is the Trump administration's attempt to compare incidents like the Malmö fire with the attacks on Nice and Paris:

“That's the pathetic thing about this. It's solely for political purposes, to point a finger at the media. It's 'fake news' to argue that Paris and Nice were not reported on. That's a complete lie.”