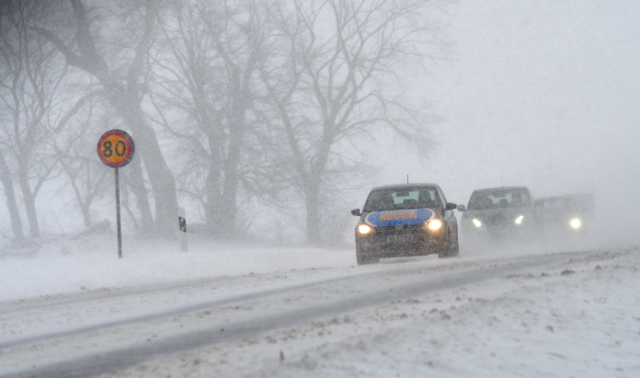 A snowy road in Skåne on Wednesday. Photo: Johan Nilsson/TT

Swedish meteorologists refer to it as a national 'isdygn' (an ice day/night). It happened between 7pm on Tuesday and 7pm on Wednesday, said weather office SMHI.

Vittangi, some 60 kilometres east of Kiruna in the far north of Sweden, experienced the most extreme cold: -31.6C. Proving how big a country Sweden actually is, the south almost managed to escape the big freeze.

“It was very close. It was -0.3 in Skillinge in Skåne (the southernmost region),” SMHI meteorologist Stefan Bergman told Swedish newswire TT. This is what it looked like south of the town of Höör in southern Sweden on Wednesday. Photo: Johan Nilsson/TT

Forecasters believe that temperatures may edge slightly above zero in southern Sweden on Thursday, but urged people to drive carefully in the snowy weather in the Skåne and Blekinge regions.

The northern Norrland region is expected to continue to see freezing temperatures in double digits until mid-weekend, according to public broadcaster SVT's meteorologists.