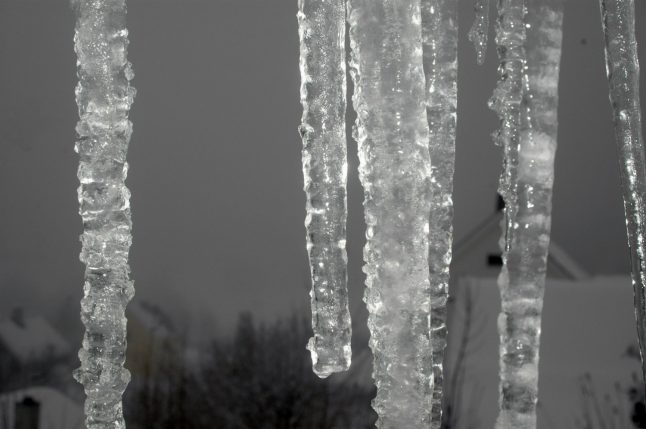 Photo: Jens O. Kvale/TT
Winter has taken a firm hold across the country, with the first isdygn – day in which the temperature never rises above zero – recorded earlier this week.
Snow has fallen even in the very south of the country, and poor weather conditions have caused a number of accidents on the roads.
While this may have been a boon for winter enthusiasts, change seems to be on its way.
“Mild air is likely to arrive over the country by during Sunday night, with forecasts of over 5°C (41°F) in eastern Svealand and across Nörrland, in fact all the way up to southern Norrbotten,” Gustav Åström, duty meteorologist with the Swedish Meteorological Institute (SMHI), said to news agency TT.
Colder temperatures will persist in mountainous areas and, more suprisingly, in the south of the country.
“Yes, in southern Götaland and Skåne it will be around freezing during the day, due to cold, high pressure remianing in those areas,” said Åström.
But it is not yet time to stow skates and skis for the summer – it is only mid February and winter will be back, with temperatures likely to swing back to zero by the end of next week.