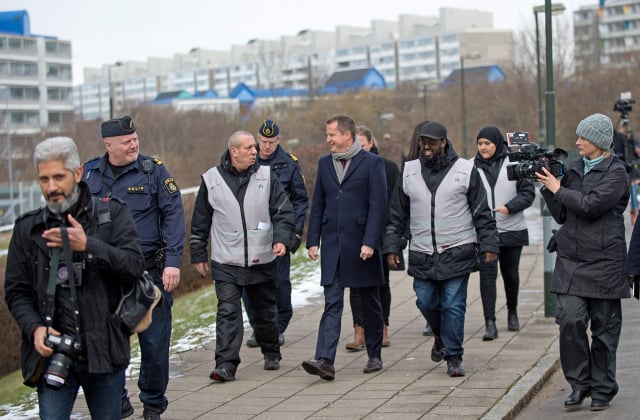 A 23-year-old man died in hospital after being shot outside a restaurant on the central Möllevången square at 6.40pm on Sunday. The man was known to police, with a series of previous convictions.

He is the latest person killed in a spate of gun violence in Malmö this year. On January 3rd a 22-year-old man was shot dead in the Fosie district, just a week before a 16-year-old boy was killed in Rosengård.

A janitor who was shot last week while clearing walkways from snow remains in hospital with life-threatening injuries.

Interior Minister Anders Ygeman met police and local representatives in Malmö on Monday to discuss strategies to crack down on organized crime in the city.

“We have to mobilize all resources in our society against these gangs. From the government side we have to tighten punishments, streamline prosecution and have more police officers,” he told broadcaster SVT ahead of the visit.

He added that other authorities, such as tax and debt enforcement agencies, should also step up their work.

“I think we have been too weak to knock out these criminal gangs and have let them get too much space,” said Ygeman.