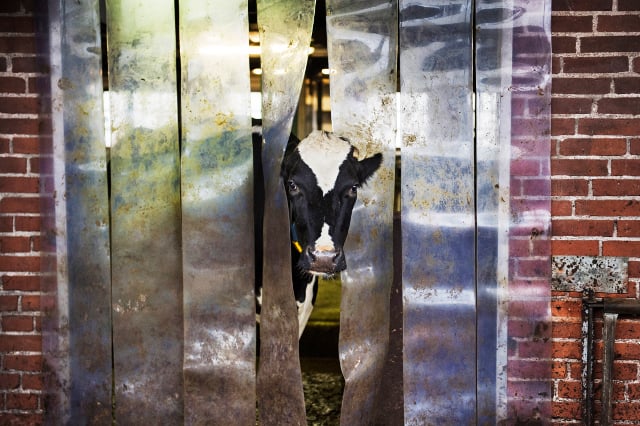 Not the fugitive in question. Photo: Emil Langvad/TT

The cow escaped from a truck taking it to the slaughterhouse on Monday evening and was last seen running loose on a road near the small town of Fredriksfors, 30 kilometres west of Hudiksvall in eastern Sweden.

“They tried to lure the cow back by putting out hay on the ground, but it failed. The cow ran into the forest and now it's out there,” police spokesperson Matilda Isaksson told newspaper GP.

The cow ran off before 8pm and at around 10pm it had not yet been caught.

“It's still out there walking around and will probably be doing so through the night. The owner will make a new attempt to catch it in the morning when visibility and conditions are better,” said Isaksson.