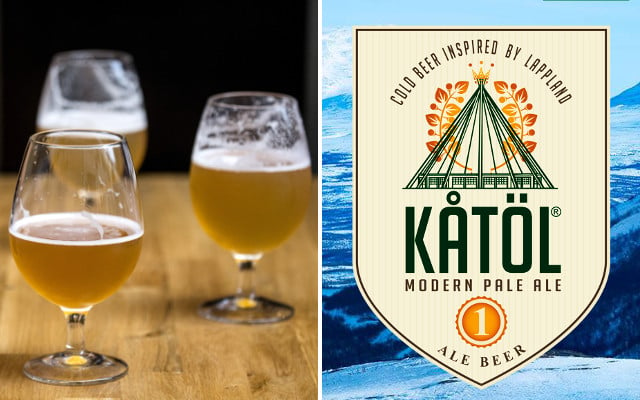 Brewery Ljusdals Bryggeri released their “Kåtöl” beer on February 1st, and within a day, all of the stock at Sweden’s state-owned alcohol monopoly Systembolaget had sold out.

Several Swedish newspapers like Aftonbladet and Göteborgs Posten have speculated that the amusing name could have something to do with the instant success of the brew.

According to the company's CEO however, it's all just a big misunderstanding.

“The name comes from the Sami tent (kåta) where you can drink a beer. In English the name would be 'Sami tent beer',” Per Löfgren from Ljusdals Bryggeri told The Local.

“A tent is depicted on the label, and the beer is also a collaboration between us at Ljusdalds Bryggeri as producers, and Joakim Nordborg and Mattias Forsgren, who own the trademark. Jocke and Mattias are both involved in Hotell Lappland, where the largest restaurant is called the 'Kåtan', and that's where the name of the beer came from,” he added.

The beer sold so well that it won't be available again until the last week of February, Löfgren explained. The brewery boss insists there was no intended double-meaning behind the name, and when pressed on whether the company genuinely never stopped to think about how their customers may interpret its title, he replied:

“If people find some other connection than the one we intended, and the one that's actually depicted and on the label, we can't control that.”

Whether intended or not, the Kåtöl label has clearly been a success, the exact opposite of what happened to another Swedish microbrewery which The Local wrote about last year when their labels were rejected by Systembolaget.

Jemtehed and Brande's label depicting a police officer arresting a crocodile was not allowed by the alcohol monopoly because professional categories cannot be shown on the labels.

A further label showing a woman riding a steam boat across Swedish lake Storsjön was also rejected on the grounds that alcohol firms are not supposed to encourage boating and drinking.

“I personally think that people understand that it's made up, you don't hunt monsters in steam boats – not even here in Jämtland,” Jemtehed and Brande co-founder Jesper Jemtehed joked to The Local at the time.

In 2010, church council leaders in northern Sweden decided to change the name of Storuman's Kåtakyrkan church (also named in relation to the traditional Sami hut) because they felt the name could be misunderstood by young people, but their plan was met with backlash from locals and was subsequently canned.