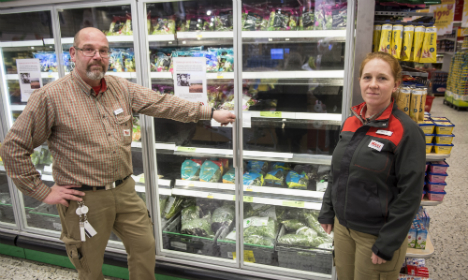 The Nordic shortage of Mediterranean vegetables, such as fresh lettuce, comes after an unusually long spell of cold and rainy weather in southern Europe which has delayed the harvests in countries like Spain.

“We see a continued shortage of leafy greens and several different types of salads, especially when it comes to the organic range,” Jonas Andersson, head of fruit and vegetables at Swedish grocery store Ica, was quoted as saying.

“The problem is likely to occur again in March, when the vegetables that were never planted in January normally would have been harvested.”

Some grocery stores have tried to solve the problem by buying their salads from Morocco rather than Spain or Morocco, but in many cases, it has proved to be too long of a journey for the vegetables to keep.

“We even did a test-run of buying a pallet of iceberg lettuce from the US, but the quality wasn’t good enough and on top of that it doesn’t work  when it comes to our sustainability concerns,” Salomonsson said.

To avoid the gaping holes in their fruit and veg sections, some stores have chosen to focus more on Swedish produce, filling their empty shelves with potatoes, carrots and cabbage.