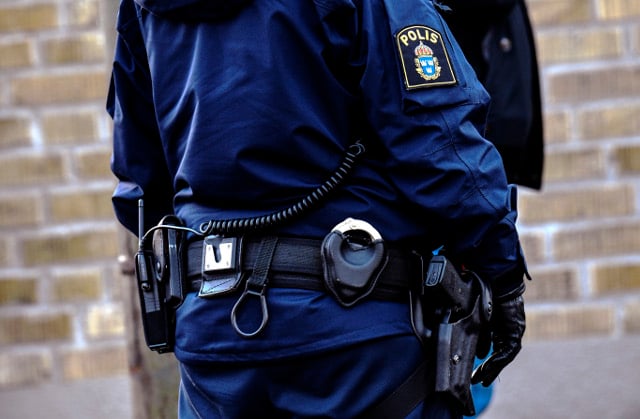 In short, the answer is no.

Evidence for the claim usually comes in the form of comparative international statistics suggesting for example that Sweden has 63.5 reported rape incidents per 100,000 citizens, compared to 27.3 per 100,000 in the US, or 27.9 per 100,000 in Belgium, the nearest European country based on those numbers.

But comparing the number of reported rapes from one country to another is a process vulnerable to inaccuracies, several experts have told The Local.

Enrico Bisogno is the chief of data development and dissemination at the United Nations Office of Drugs and Crime (UNODC). He says that variations in how different countries record different crimes can play a “huge role” in influencing the results of these comparisons.

“Differences in reported crime data across countries are usually related to different reporting rates by victims (and/or detection by the police), different definitions of criminal offences by countries, and different counting rules,” he explained.

“For example, countries can count one 'case' or every single episode. This can make a big difference, especially in cases of domestic violence: is every episode of violence between partners counted, or only the report made by the woman/wife?”.

In Sweden, each case of sexual violence is recorded as a separate incident. So for example, if someone says they were raped by a partner every day for a fortnight, officers will record 14 potential crimes. In other countries the claim could be logged as a single incident.

Sweden also significantly broadened its definition of rape in 2005, which means the word “rape” can be used to record acts which would be called assault or bodily harm in other countries. That led to an increase in the number of rapes reported in the country in the years following the law change, which since appears to have levelled out, as the following graph shows:

Another not insignificant variable to take into consideration is society's view of rape: in Sweden, where women's rights are in sharp focus, women are and have increasingly been encouraged to report sexual assaults or rapes, compared to other countries where there may still be a greater social stigma.

“As you can appreciate, all these factors can play a huge role in influencing figures, and for this reason, we always caution against making direct cross-country comparisons,” UNODC expert Bisogno stressed.

“The way of counting crimes differs between countries. In Sweden, a victim can report several cases when he or she decides to report a rape,” Stockholm University criminology professor Felipe Estrada reiterated.

“What we know is that we have a high number of reported rape cases. Since this is a crime with a high but varying hidden figure in every country in the world it is very difficult to say anything about the real level using reported cases,” he added.

An alternative way of trying to measure the level of rape in a country is by consulting crime victim surveys rather than the number of reported crimes.

One such study looking into violence against women in the EU was published by the European Union Agency for Fundamental Rights (FRA) in 2014. It showed that 18 percent of Swedish women consulted said they had been the victim of sexual violence, the same percentage as in the Netherlands, and slightly less than Denmark (19 percent).

We know from all of the above that comparing rape statistics between countries is an error-prone process, but what about the other argument often put forward: that there has been a “dramatic rise in sexual crime” in Sweden caused by its intake of refugees?

Again, it doesn't ring true, and this time because the numbers don't add up. According to the Swedish National Council for Crime Prevention (Brå), the number of rapes reported annually in the country per 100,000 citizens has been relatively steady for almost a decade.

Those figures show there was actually a 12 percent dip in the number of rapes reported in Sweden in 2015 – the year the country received a record 163,000 asylum applications, at the peak of the refugee crisis.

So Malmö's numbers are far from the highest in Sweden. In fact, from 2012 to 2016 the average number of rapes in Malmö per 100,000 people was 61. This compares to a national average during the same time period of 65.

The figures for 2016 are preliminary.