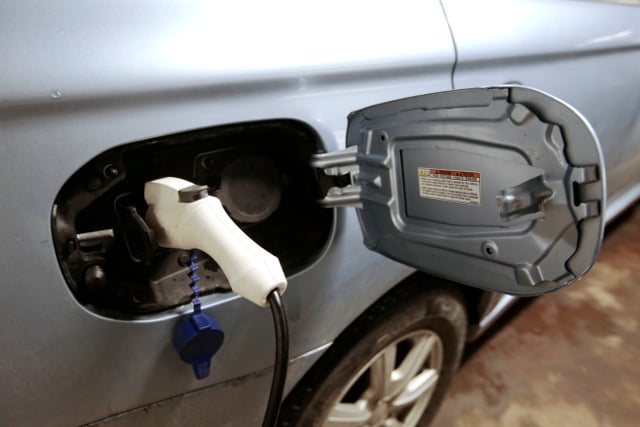 File photo of an electric car not related to the story. Photo: Lise Åserud/NTB Scanpix

Ten electric cars are now being tested by police in Stockholm, Gothenburg and Malmö. The purchases are part of the Swedish government’s environmental targets, which include the goal of phasing out all fossil fuel use by 2030.

Apart from the way the way they are fuelled, a potential benefit for the police is that the cars are almost silent, while they also have low operating costs.

According to the Swedish police the cars will be used in an administrative and commercial capacity, not on call-outs. Four of the cars are based in Stockholm, plus three in Gothenburg and three in Malmö.

“Reactions have been overwhelmingly positive. They have good traction and they're very quiet, though that has both advantages and disadvantages. It's pleasant to drive, but pedestrians and cyclists don't hear it coming, so it's particularly important to pay attention while driving them,” Jan Carlsson from the Swedish police National Operations Department (NOA) said in a press release.

The vehicles feature automatic transmission and an alcolock, while importantly, they also have an in-built navigation system showing where the nearest charging station is.

The test will last until April before being evaluated further.