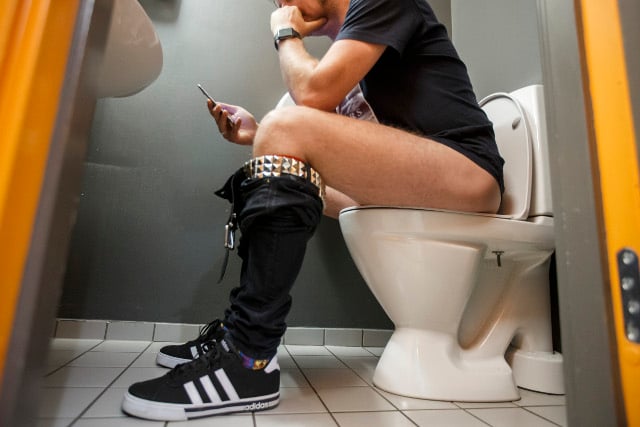 File photo of a man on the toilet not related to the story. Photo: Heiko Junge/NTB scanpix

Some of the benefits she listed were getting to know your body, as well as preventing prostate issues.

“There is research which shows that regular ejaculation is good for preventing prostate issues among men over the age of 50. Getting an erection and having an orgasm is also a way to keeping your sex life alive for those who do not have a partner.”

According to the research, Swedes are pretty flexible about where they choose to get to know themselves. Aside from at home, in the car, on the bus, in the garage, at a friend's house and even in public toilets, no less than 16 percent of respondents said they have masturbated at work.

“As long as you take care of it nicely there's nothing wrong with that,” Larsdotter said.

The research also questions the idea that women take longer to have an orgasm than men. In the study, 32 percent of men said it took them an average of between 2-5 minutes, while 30 percent of women said the same.

“It's important because there is still such a taboo, particularly for women, at the same time as we know that there are so many benefits.”

The revealing information comes at the same time as a Swedish politician suggested that Swedes should have paid sex breaks at work.

Per-Erik Muskos, a councillor in northern Swedish town Övertorneå, said people should take a one-hour paid break from work to go home and have sex with their partners.