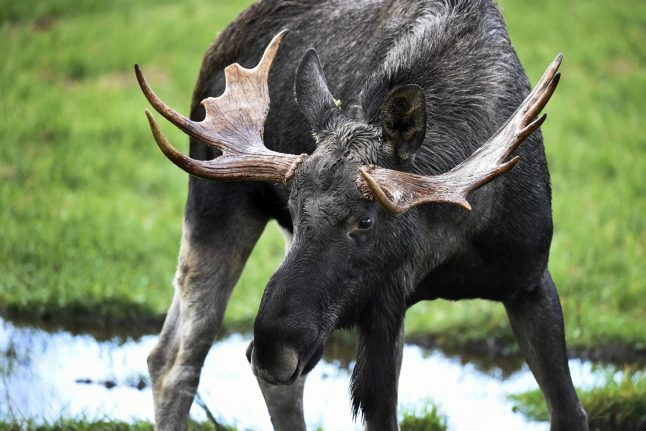 File photo: Mikael Fritzon/TT
Bernt Erlandsson, from Noltorp Talldungen, went out at around 7am to buy a newspaper and potter in his garage when he was approached by the large-antlered mammal.
“Suddenly, four elk rushed out and started dancing around,” Erlandsson said to local newspaper Skaraborgs Allahanda.
Erlandsson – who says he has “30 to 40 years” of experience in hunting – told the newspaper that he was unsure how to act until one of the elk broke towards him aggressively.
“I had the stick with me and socked him one right on the head. I think he had small antlers, he caught me on the thumb and I now have a wound and a blue thumb,” said Erlandsson, who admitted he was “fortunate” to have been carrying the stick.
After Erlandsson's counter attack, the elk disappeared back into the woods, which he says are heavily populated with the animal.
An earlier version of this article erroneously gave the location of the elk attack as West Gotland. This has now been corrected.