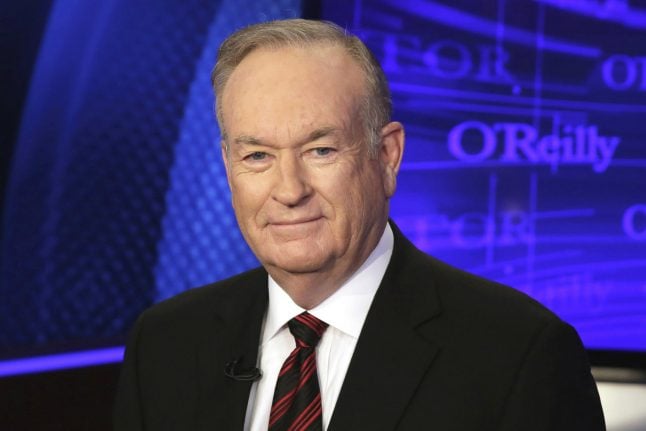 Fox News presenter Bill O'Reilly. File photo: Richard Drew/AP/TT
Bildt, who is unknown to both the Swedish foreign and defence ministries and also has a criminal conviction in the US, was billed by Fox as a “Swedish Defense and National Security Advisor”.
In a statement sent by e-mail to The Local, the American media giant said that Bildt was recommended for the interview with presenter Bill O'Reilly.
“Our booker made numerous inquiries and spoke to people who recommended Nils Bildt and after pre-interviewing him and reviewing his bio, we agreed that he would make a good guest for the topic that evening,” said David Tabacoff, executive producer of The O'Reilly Factor.
Bildt previously claimed that it was Fox News, and not himself, which chose the official-sounding job description.
The Fox News broadcast containing Bildt's interview describes Sweden as a country plagued by crime problems related to immigration.
A Fox News network spokesperson told The Local, also via e-mail, that O'Reilly will address the issue of the Bildt interview in his show The O'Reilly factor on Monday.