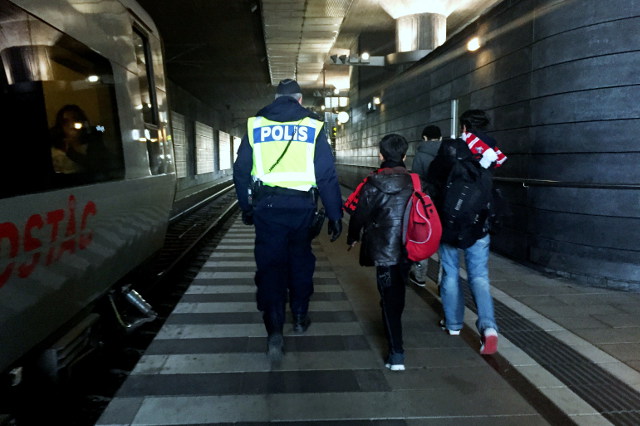 Sweden's Ombudsman for Children, the government agency tasked with representing the rights of children, held an emergency meeting earlier this month with the Swedish Migration Agency (Migrationsverket), National Board of Health and Welfare (Socialstyrelsen) and Health and Social Care Inspectorate (IVO).

The discussions were prompted after the alarm was raised by “Vi står inte ut”, a network which works for the rights of lone refugee children in Sweden. They warned that refugee kids were using closed online forums to plan suicides, with some saying they knew they would die anyway if they had their asylum application rejected and were deported.

The Ombudsman for Children in Sweden's press officer Hans Reuterskiöld told The Local that they have seen worrying signs while carrying out research on the situation for refugee children in the country.

”We have met kids who showed signs of self-harm and expressed suicidal thoughts. What we see is that the uncertain situation many live under after coming to Sweden contributes to increased mental illness among newly arrived kids during the asylum process,” he said.

At the moment it is difficult to gauge how widespread the problem may be, he added:

“We can't say how big the problem is because, among other things, there aren't any coherent statistics covering the mental health of newly arrived kids. That was one of the questions we brought up with the National Board of Health and Welfare, Migrationsverket and IVO when we had discussions with them recently.”

According to the Ombudsman for Children, many of the children suffer from psychological trauma, and are not getting the care they need.

“The kids we met often describe difficult memories from fleeing and from home as the grounds for mental illness. What we have also seen is that they don't always get the care they need and have the right to, and there are big regional differences,” Reuterskiöld noted, adding that the continuity and competence of care provided varies.

Since 2015 the Ombudsman for Children has been investigating the situation for children who have sought asylum in Sweden. It will put forward recommendations to the government based on that research on March 24th, when it releases an annual report for 2017.

“We came up with some proposals for changes, like making it clear how medical screening of newly arrived children should go, improving the information about the effects of trauma and stress, and what kind of help children and young people have the right to and can turn to,” Reuterskiöld explained.

“We will also suggest strengthening the continuity of health care and ensuring access to trauma focused treatment.”

Wikström, along with minister for children and the elderly Åsa Regnér, held a meeting with agencies and organizations working with lone refugee children following the reports about planned suicides.

“We must make sure to create more peace and calm among unaccompanied children. One contributing factor is that they don't know how the process and the future looks, which leads to uncertainty, anxiety and mental illness,” he told news agency TT.

As of April 2016, 16 and 17-year-olds who are not considered to have grounds for asylum in Sweden but who are also not able to be sent home immediately due to a lack of a processing system in their home country can be granted temporary residency permits before being deported when they turn 18.

Migrationsverket says that 88 percent of the asylum requests from lone refugee children processed in 2015 were granted, and 86 percent were granted in 2016.