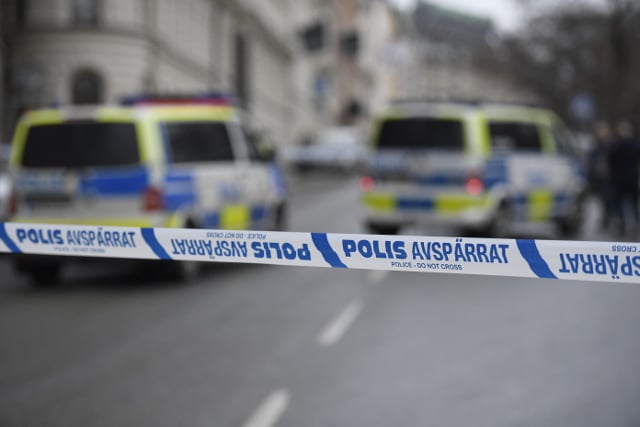 File photo of a police cordon not related to the story. Photo: Pontus Lundahl/TT

Officers cordoned off the area around the bin near the police station in Kista torg square just after 08am on Monday, and when they could not confirm whether the object inside was dangerous or not, bomb technicians were called in.

Swedish tabloid Aftonbladet reports that the object was a hand grenade, but police would not confirm that to The Local.

“We haven't confirmed anything except that we got a call about a suspicious object, and that is what has been moved to the bomb group's car, where it is being investigated at another site,” the Stockholm police press office told The Local.

The police said they will conduct door to door interviews in an effort to find out more information, and that the incident is being investigated as attempted devastation endangering the public.

The entrance to a nearby shopping centre which was initially closed while the object was being investigated at the scene has now reopened.