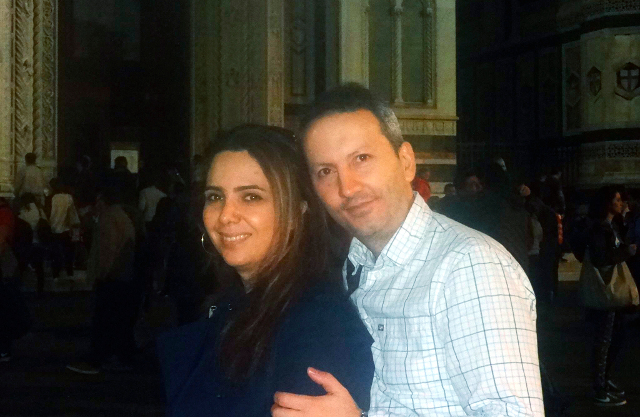 Ahmadreza Djalali, who previously worked at the University of Eastern Piedmont in Italy, conducts research in disaster medicine at the prestigious Karolinska Institute north of Stockholm.

He was arrested on April 25th last year when in the Iranian capital for a conference and is suspected of espionage and 'enmity with God', a crime punishable by death. However Iranian authorities have not yet offered any further details or put forward any evidence.

Djalali is an Iranian citizen, but has a permanent residence permit in Sweden, where he lives with his wife and two children. On Monday his wife warned his life is in danger.

“I am very worried. I need help from the Swedish government to put increased pressure on Iran. My children and I have been waiting for ten months. Every day my son says I should call him, but I can't,” Vida Mehrannia Djalali told Swedish news agency TT.

According to Amnesty, Iranian authorities have urged the researcher to confess, which he has refused.

“His family in Iran visited him in prison last Thursday. They say his health is not good. He has been on a hunger strike for two months. He has not had anything to drink since Friday. It is very dangerous,” she said.

A representative from the Foreign Ministry said that the issue was brought up during Prime Minister Stefan Löfven's visit to Iran earlier this month.

“I understand that sometimes it may look like we're being passive, but we can't go into detail on what we're doing in individual cases. We're acting, but the decision lies with the state that has deprived the person of their liberty,” Patric Nilsson told TT.

He said that Swedish representatives have been in touch with Iranian authorities to get clarification on Djalali's case and that they have asked to meet the researcher.