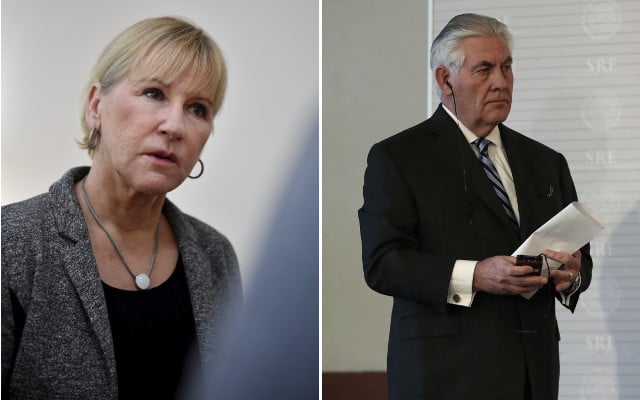 Citing sources at Sweden's foreign ministry (UD), Aftonbladet writes that the meeting would focus on the image of Sweden being spread by some US media and the country's president, Donald Trump.

“Wallström is going to provide a counter-image of Sweden and note that the one represented on Fox News is not credible,” the paper quoted their UD source as saying.

There has been intense debate about American portrayals of Sweden in the last few weeks since Trump made comments on February 18th suggesting something significant had happened “last night in Sweden”, in a speech where he also listed places recently targeted by terrorists like Paris and Nice.

Trump later clarified that his comment had been in reference to a story broadcast on Fox News about immigrants and Sweden, where filmmaker Ami Horowitz was interviewed about a documentary he had made on the country. The interview along with the documentary itself contained a number of inaccurate claims about crime and immigration however.

Further dubious reports have been broadcast in the US since, and in response, the Swedish foreign ministry sought to set the record straight by addressing some of the claims circulating since the Trump speech, publishing a list of facts and figures in English in response to the information.

Now Sweden has gone one step further by taking the initiative to contact the US administration and set up a telephone meeting, according to Aftonbladet. It would be the first meeting between Wallström and her American counterpart.