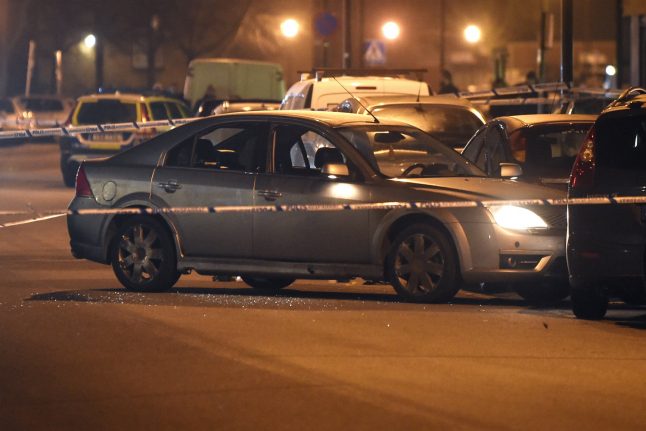 A 23-year-old man was killed and a 22-year old man remains in critical condition due to injuries sustained from the shooting.

No one has yet been arrested for the suspected murder and attempted murder, but police have received information from witnesses saying that two people were seen leaving the area on bicycles.

“We are certainly interested [in the information]. We will devote our attention to the possible escape route during the course of the day,” Ewa Gun-Westford, press spokesperson with Region South Police (Polisregion Syd), told news agency TT.

The 23-year-old later died of his injuries.

The second man is currently said to be in a stable condition in hospital, where police have been able to question him briefly.

“He will be more thoroughly questioned later,” said Gun-Westford.

Police will not confirm the number of shots that were fired, nor would they make any comment on potential connections to previous murders and shootings in Malmö.

“It is too early to say anything about this,” Gun-Westford said.