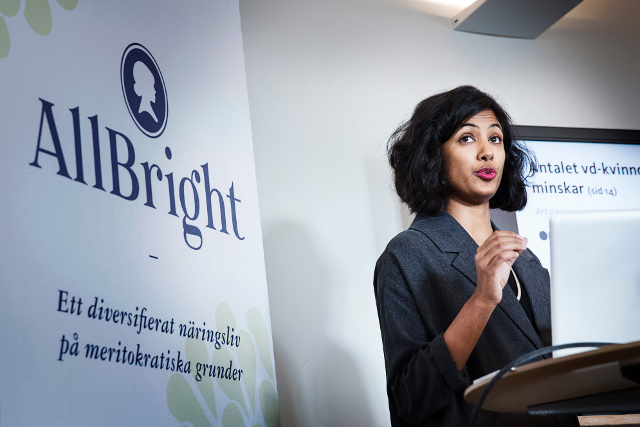 Few women are involved in some of the most important decision-making processes at major Swedish risk capital firms in the buyout sector, the report by the AllBright foundation found.

“We suspected that it would look really, really bad, but we never imagined it would be this bad,” Amanda Lundeteg, CEO of AllBright, which promotes diversity in the workplace, told The Local.

AllBright based its investigation on the Swedish Private Equity and Venture Capital Association's (SVCA) list of private equity firms with Swedish partners owning Swedish companies, many of whom operate in the school, hospital, industry and trade sectors.

“Many people maybe think 'what does it matter?' but these companies have a turnover of 300 billion kronor a year, eight percent of Sweden's GDP. They affect society and I think it's then important that women are also represented,” said Lundeteg.

Only three out of 92 top positions – usually referred to as partners – are held by women, said AllBright. Further down the hierarchy, around 14 percent of everyone with responsibility for investments are women.

“We welcome AllBright's survey and the result is expected. This is what it looks like at partner level today. Things are moving in the right direction however, and we would be happy to work together – for example with AllBright, to increase diversity on all levels of private equity,” commented the SVCA in a statement.

Sweden has been accused in the past year of failing to live up to its reputation as one of the world's most gender-equal countries. Around 32 percent of board members of listed companies are women, although that figure has been rising rapidly in the past few years, which AllBright noted in a report in 2015.

“Even if there is a certain number of countries that top those [global gender equality] lists, it's important to remember that these countries are only the best of the worst, and I think this report shows that.”

She urged the public and other sectors of society to help put pressure on risk capitalists to step up their work on gender equality and diversity but added that the industry itself also has a responsibility.

“Look at other industries that have actually rolled up their sleeves and done something. The finance industry in general and listed companies have climbed, so look at them.”