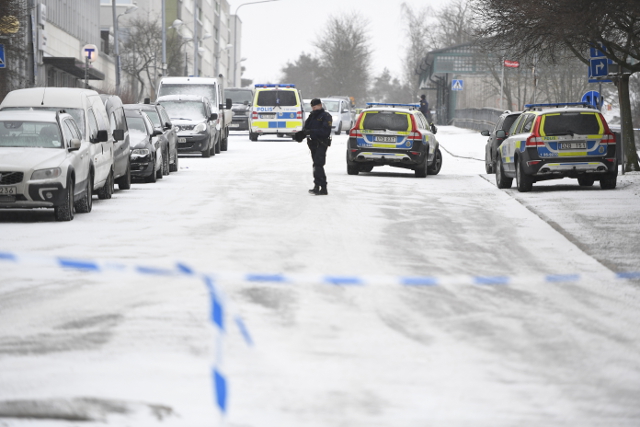 Officers were called to the Stockholm suburb shortly after 9am on Tuesday.

They found two people injured, one outside and one inside a building. The latter is understood to have died at the scene, while the person found outside died after being taken to hospital.

Police confirmed that an officer fired their gun at the scene “to interrupt ongoing crime”, without injuring anyone, and have as a result also launched a routine internal investigation.

Four men have been arrested on suspicion of murder or complicity to murder.

Police declined to say whether or not they were looking for more suspects, but said that officers were examining the scene and questioning witnesses and residents in the area.

“All I can say is that we are at the scene to find out more about the incident,” said police spokesperson Towe Hägg.