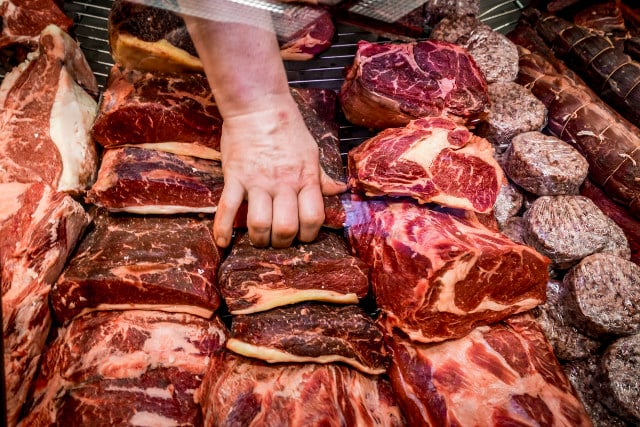 According to the new report from Sweden's Board of Agriculture (Jordbruksverket), Swedes consumed 87.7kg of meat per person in 2016, an increase of half a kilo per person compared to 2015.

That doesn't necessarily mean Swedes ate half a kilo more compared to the previous year however, as not all parts of the carcass (like the bones) are eaten.

Once that factor is taken into account, it's calculated that Swedes ate around 0.25kg more meat per person in 2016, weighing in at a total of just under 44kg of meat eaten during the year, from the 87.7kg consumed.

Jordbruksverket has also noticed a continuing change in meat eating habits. Swedes are eating more poultry and less pork, with poultry consumption hitting a new record high for the seventh year in a row. Egg consumption is also growing, the production of them up by 10 percent since 2015.

One explanation for the steady increase in chicken consumption could be concerns about health issues caused by eating too much red meat, according to Jordbruksverket.

The WWF thinks that increase is problematic however, because it takes a lot of land to produce food for the chickens.

“It's also particularly serious when you look at the increase of imported chicken,” WWF food expert Anna Richert said in a press release.

“It's worrying that the consumption of meat is increasing, the planet's limits can't handle it. We now want to see the government develop a strategy for how we can halve meat consumption,” she added.

Last year a major WWF study criticized Sweden for its unsustainable consumption of the planet's resources.