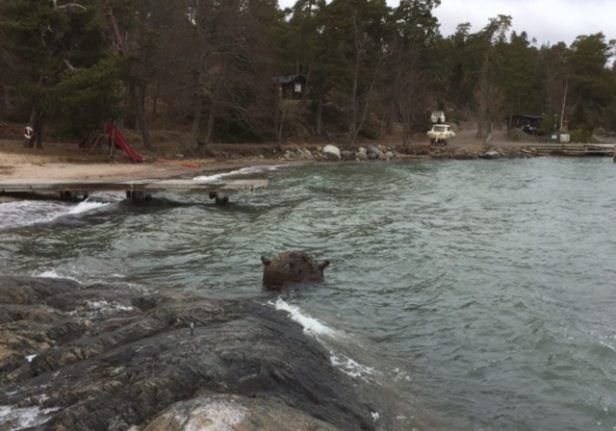 The mine was found near a swimming spot on the Stockholm archipelago. Photo: Försvarsmakten

The mine was found by a member of the general public on Sunday after it washed up at the Långgarn island, near a sandy beach used by swimmers in the summer. It was originally supposed to be disposed of on Monday, but bad weather delayed plans.

On Thursday the Swedish Armed Forces were finally able to perform a controlled explosion on the device, and the mine turned out to still be live.

The 4th Naval Warfare Flotilla's clearance divers transported the mine from the island to a safer place on the Stockholm archipelago. The shell was then opened with a small explosive charge, before the mine itself was detonated with a larger charge.

A column of water surged up from the sea when it was detonated, and the mine was shown to contain explosives.

It was not previously known whether the Swedish-made F31 produced in 1931 was a live mine or an exercise model, because the markings on it were illegible due to a coating of vegetation.