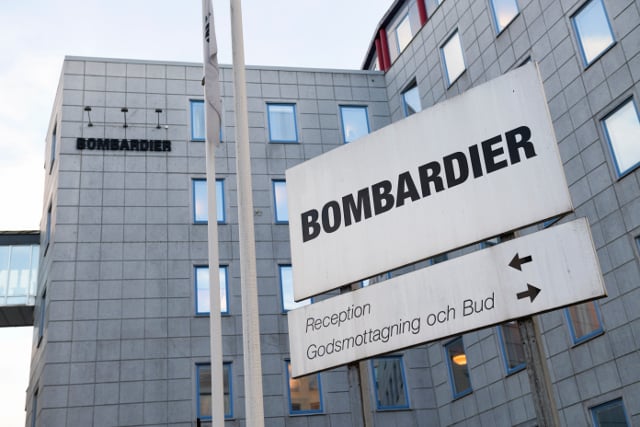 The prosecution said in a statement it believes that “authorities in Azerbaijan who were cooperating with Bombardier received payment for favouring Bombardier in the awarding of a contract”.

Several employees at Sweden-based Bombardier Transportation, a division of the Canadian conglomerate, are believed to have colluded with Azerbaijani railroad authorities to adapt the terms of the contract to Bombardier's wishes, the prosecution said.

“Even though Bombardier was in fifth place price-wise, they won the tender offer in 2013 and competitors who had better prices were disqualified by the railroad authorities in Azerbaijan,” the prosecution said.

“Evidence, in the form of e-mail correspondence, was secured in an October 2016 raid at Bombardier in Sweden,” it added.

The prosecution provided no specifics, but according to Swedish news agency TT and television investigative news programme Uppdrag Granskning, which have jointly probed the matter, the case concerns the sale of train signalling equipment to Azerbaijani railroads.

The said the equipment was shipped directly to Azerbaijan.

But, they said, on paper, Bombardier sold the products to a London-registered shell company called Multiserv Overseas, which then sold them back to Bombardier in Azerbaijan. It in turn sold them on to the railroad authorities there.

Multiserv Overseas raised the price by over 550 percent – some 570 million kronor ($63 million) – which TT and Uppdrag Granskning said went directly into the pockets of “Russian businessmen previously embroiled in corruption scandals in the former Soviet Union”.

“I think this is a company they were told to use by Azerbaijan to do this deal,” Lindström said.

He said the Bombardier officials knew exactly what they were doing.

“If not they're very naive in such case. But I don't think so.”

A spokesman for Bombardier Transportation told AFP the company was “cooperating fully with the Swedish authorities”.

“We are committed to operating in full compliance with all legal rules and requirements and our own high ethical standards,” he said.