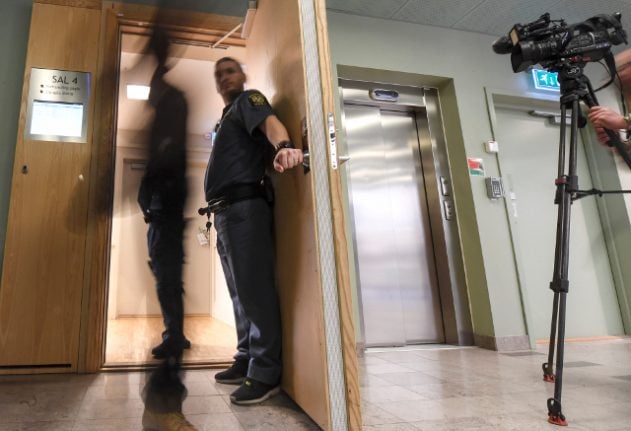 Police found the victims seriously injured on Tuesday morning, one in their home and one outside. The woman died shortly thereafter and the man died after being taken to hospital.

The 39-year-old male victim was facing charges himself for growing cannabis and had told authorities he was threatened when he wanted to stop. He and his wife, 40, were killed the day before he was scheduled to appear in court, newswire TT reports.

Three men aged 16-21 were arrested the same day and on Friday Solna District Court decided to have them remanded in custody as the investigation continues.

A fourth person who was also questioned earlier this week has been released and is no longer a suspect.

However, prosecutors still believe that a fourth person was involved.

“There are circumstances that indicate that another person was involved in the incident,” said prosecutor Olof Calmvik.

Friday's detention hearing was therefore held behind closed doors and the court banned those present in the courtroom from relaying any of the statements heard during the heading to third parties.

“It is important that we can discuss the investigation as things stand without those details being reported in media, because there are more people who could be suspects and because there are other people we want to question,” Calmvik explained to Aftonbladet.