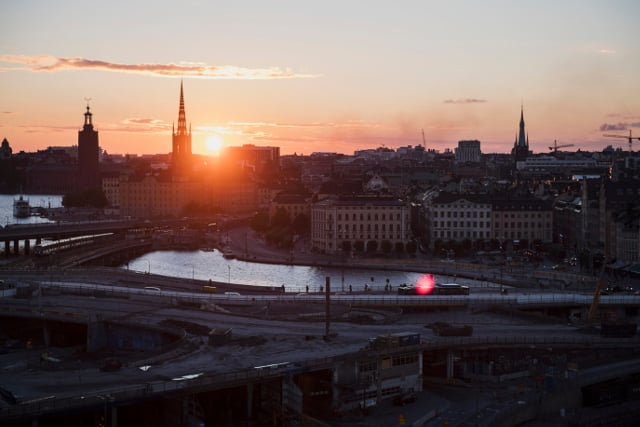 The “Inheriting a Sustainable World” and companion “Don't pollute my future!” reports paint a damning picture of the impact of pollution on our health, showing that more than one in four deaths of children worldwide can be attributable to an unhealthy environment.

Indoor and outdoor air pollution, second-hand smoke, unsafe water, lack of sanitation and inadequate hygiene take the lives of 1.7 million children under the age of five, the WHO studies show.

“A polluted environment is a deadly one – particularly for young children. Their developing organs and immune systems, and smaller bodies and airways make them especially vulnerable to dirty air and water,” WHO Director-General Dr Margaret Chan said in a press release.

The WHO's data suggest that Stockholm is one of the better places to live when it comes to air pollution however. The WHO rates the Swedish city's annual mean particulate matter with an aerodynamic diameter of 2.5 μm or less (tiny PM2.5 pollution particles which can only be seen under a microscope) as 6 μg/m3 – the joint lowest for any capital city alongside Wellington, New Zealand.

Canberra, Australia and Ottawa, Canada registered slightly higher levels of the PM 2.5 particles (7 μg/m3), as did Edinburgh, Scotland; Montevideo, Uruguay and Tallinn, Estonia (8 μg/m3). The top 10 of capitals was rounded off by Monaco and Helsinki, Finland (9 μg/m3), followed by Madrid, Spain (10 μg/m3).

The cleanest Swedish city per the WHO data is Kiruna (2.27 μg/m3), while the most polluted in terms of PM 2.5 is Malmö (10 μg/m3). Second city Gothenburg registered similar levels as Stockholm (6 μg/m3).

And the worst city in the world full stop is Zabol in Iran (217 μg/m3), according to the WHO.

In its most recent budget the Swedish government set aside 12.9 billion kronor to be directed towards green issues for the next four years, including 250 million for improving city environments.

But Sweden is not free from problems when it comes to the environment. In October 2016 the WWF criticized the country for its unsustainable consumption of the planet’s resources, noting that Swedes are big importers of consumer goods produced by fossil fuels from places like China, giving it a high level of indirect carbon dioxide emissions.