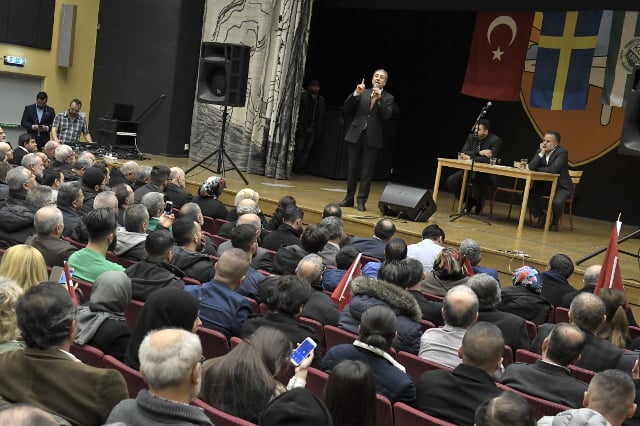 Alice Bah Kunhke was asked about AKP international secretary Mehmet Mehdi Eker's controversial election tour in Sweden, which came amid souring Turkish-EU relations after senior ministers were blocked from campaigning in several countries including the Netherlands and Germany.

The rallies are part of AKP's attempt to garner support from Turks abroad for a referendum on April 16th which would give increased power to already controversial president Recep Tayyip Erdogan.

“He came here of his own accord,” Bah Kunhke told public broadcaster SVT about Eker's visit.

“He is not invited by the Swedish government and he's not meeting anyone from the government during his visit. He is exercising his freedom of speech and right to assembly,” said the minister.

She said there had not been any discussions about preventing Eker's visit to Sweden: “We do not issue travel bans against people. On the contrary, he is exercising his right to travel, but we have not invited him.” A female protester being escorted out of the school in Fittja. Photo: Claudio Bresciani/TT

Eker spoke at several locations in Stockholm on Sunday, including at a rally attended by an audience of around 300 people on Sunday at the Fittja school south-west of Stockholm.

There was heavy police presence at the meetings, and at Fittja officers and security staff had to step in to keep supporters and protesters apart and escort two people from the school auditorium. It is understood the demonstrations did not escalate to serious violence and no injuries were reported.