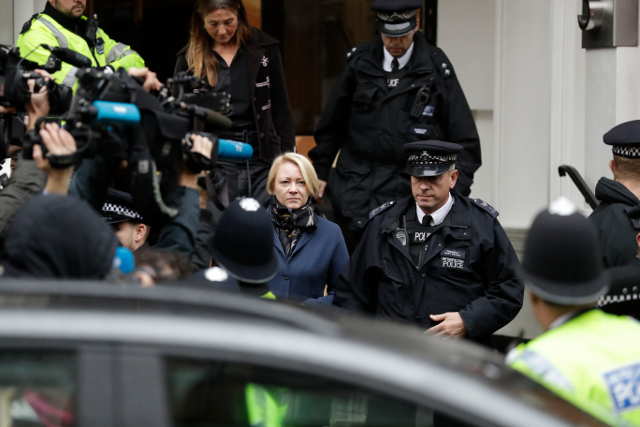 The 45-year-old founder of the secret-spilling website has been at the Ecuadoran embassy in London since 2012, having taken refuge to avoid being sent to Sweden where he faces a rape allegation.

He fears Sweden would extradite him to the United States over his website's leaking of diplomatic cables and other classified documents.

The Australian was questioned at the embassy on November 14th and 15th on the rape allegation which dates back to August 2010.

Assange has denied the accusation brought by a Swedish woman.

The Swedish prosecutor's office said in a statement that a report, prepared by Ecuadoran prosecutors, on the interrogation, was translated and is “now almost finished”.

They declined to reveal the next legal steps to be taken in the case.

In early January, Ecuadoran authorities submitted the 400 to 500-page document to Sweden.

An earlier statement from the Swedish prosecutor's office on January 5th said the report was written mainly in Spanish, but did not mention the other languages.

“The prosecutors are still waiting for the translation of some minor parts of the report. These are expected to be completed shortly,” they said.

Swedish prosecutor Ingrid Isgren, Ecuador's ambassador to Britain Carlos Ortiz, and an Ecuadoran lawyer representing Assange were all present when he was grilled in English on questions provided by Swedish officials.

The procedure has been marked by a series of complications since June 2012 when Assange chose to take refuge inside the embassy to escape a European arrest warrant issued by Sweden.

In August 2015, the five-year statute of limitations expired on another sexual assault probe into Assange concerning another Swedish woman.

But prosecutors are still investigating the rape allegation, which carries a ten-year statute of limitations.

“The prosecutors will now analyze the report and will thereafter decide what further investigative measures may be taken,” the prosecutors' statement said.

“For confidentiality reasons, the prosecutors cannot provide information on which investigative measures they intend to conduct, not when they will take place,” it added.