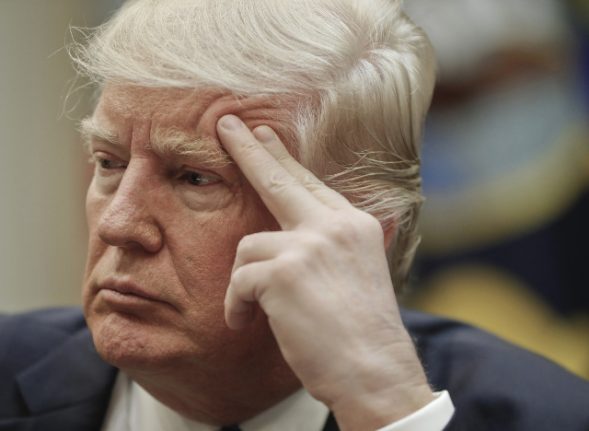 The survey by pollsters Novus for Swedish radio show Ekot asked 1,031 Swedes to rate Trump on a scale from “dislike strongly” to “like strongly”.

80 percent of the respondents said they dislike the American leader, compared to only one in 10 who said they like him.

“I've seen similar polls that we've done previously about international politicians and how popular they are in Sweden. These figures are clearly the most negative we have ever seen,” Gothenburg University political scientist Sören Holmberg, who is considered a guru of Swedish opinion polling, told Ekot.

When the demographics were broken down, men were shown to be slightly more sympathetic towards Trump than women (16 percent of men said they like him compared to four percent of women).

Party allegiance also played a part. While voters for both the Social Democrat-Green coalition government and centre-right Alliance opposition overwhelmingly said they dislike him (96 percent from government voters, and 89 percent from opposition voters), voters for the anti-immigration Sweden Democrats had a more divided opinion. 42 percent of SD voters said they like Trump, compared to 36 percent who said they dislike him.

The survey was carried out between March 2nd and 8th, so it took place after the fall-out from Trump's “last night in Sweden” comments in February.