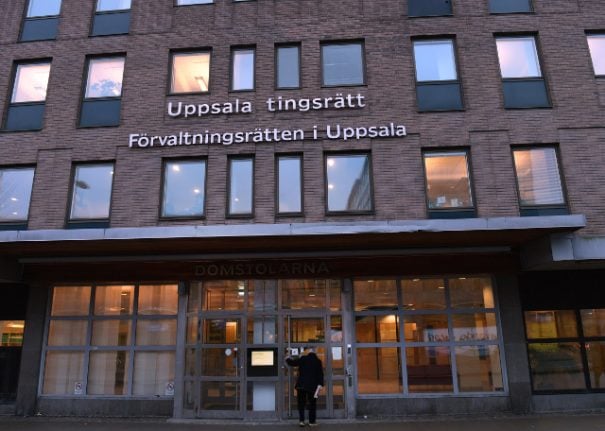 The men were arrested in January after police were alerted to a suspected ongoing sexual assault by witnesses, who reported seeing it live in a closed Facebook group.

Two of the men, a 20-year-old Afghan national and an 18-year-old also from Afghanistan, are charged with rape. The third man, a 24-year-old Swedish citizen, has been charged with failing to reveal rape. He is also charged with defamation, over the filming and live-streaming of the incident. All three deny the charges.

Investigators have been able to acquire still images and video material, but not the particular sequence which allegedly shows the rape, despite asking for the material from Facebook in the US. The 18-year-old's lawyer has challenged whether the charges should have been brought before that part of the film has been sourced.

“It's unfortunate that the charges come before the prosecutor has received the part of the film he asked to get from Facebook in the US. My assessment is that the district court would have a much better basis to make its judgement of what really occurred if they waited for the film,” defence lawyer Henrik Stolare told news agency TT.

The Uppsala district court chief prosecutor argued at a short press conference on Wednesday however that the investigation has been rigorous.

“The police have carried out a thorough investigation,” chief prosecutor Pontus Melander said, adding that everything possible had been done to try to get the film from Facebook.

As no notice has yet been given as to whether they would receive the sequence, it was decided that the charges should go ahead without it.

There are however witnesses who say they saw either the entire incident or part of it, with a total of eight witnesses heard.

The woman, who was under the influence of alcohol and therefore considered by Swedish law to have been in a particularly vulnerable situation, also had her injuries documented by a doctor.