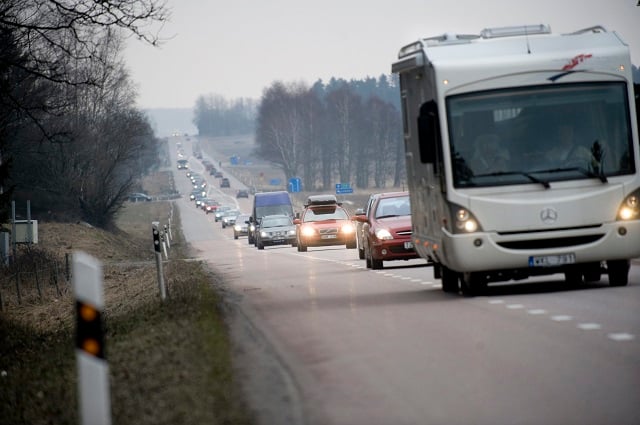 File photo of the E18, the road where police stopped the man: TT

He was later released by prosecutors following the arrest – which took place as part of a routine traffic control – but it is unclear if any suspicions remain.

The prosecutor believed there was no reason to keep the man in custody, Annika Collin from the prosecutor's press office told the Expressen newspaper.

She added that the country which had issued the arrest warrant would decide whether the criminal suspicions still stand.

“The country knows that the person is in Sweden, and if they want to see any additional measures, the Swedish police will do this,” said Collin. “We have no knowledge of whether they still suspect him of a crime.”

Police stopped the car on the E18 road outside Enköping shortly after 3pm. The car reportedly had false number plates, and when police checked the man's identity documents, they saw that he was on Interpol's wanted list.

He was released at around 10pm following questioning in custody in Uppsala.

“He is on the international wanted list and there are links to terrorist activities,” local police officer Johan Lindén told TT. He said he could not comment further on which country had an arrest warrant for the man, or what the allegations were, but that local prosecutors would continue to handle the case on Monday

Two other people were in the car, who are not suspected of any crime.