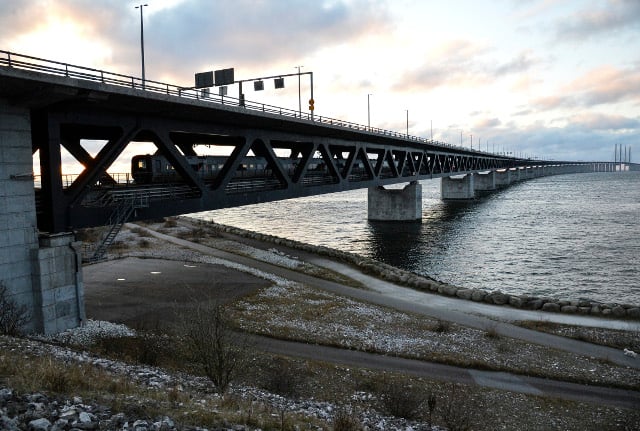 Sweden has temporary border controls in place at the Öresund Bridge and ports in the south of the country. Photo: Johan Nilsson/TT

Along with Sweden, Norway (which is part of the Schengen zone), Denmark, Germany and Austria have been granted special permission by the EU to operate temporary border controls in the normally passport-free Schengen area.

And according to Sveriges Radio's Ekot show, 3.2 million checks were carried out at Sweden’s borders between July and August 2016 alone – eight times more than in Germany (which carried out 394, 503 during that period).

An explanation for Sweden's figures being so high is that police carry out border controls on virtually every vehicle at the Öresund Bridge crossing with Denmark in the south, while other countries only do random checks at their borders.

The head of Sweden's national border police says it is difficult to compare the controls between countries as a result.

“We have a much higher intensity of traffic in our traffic from Denmark, which means that although we have a higher level of control with the Öresund Bridge, there's a lot of traffic passing through. So it's difficult to make this kind of comparison, because it’s a question of the kind of border, and the kind of border control you’re conducting,” Patrik Engström told Ekot.

Despite Sweden’s high number of checks, only around 300 refugees and migrants are picked up by Swedish border controls every month, considerably less than in Denmark and Germany.

All of the countries which received special permission to have internal border controls submitted statistics on them to the EU for inspection, with the exception of Austria, which is therefore not included in the Sveriges Radio report.

Originally brought in during the autumn of 2015 (a year in which Sweden received a record 163,000 asylum applications), the border controls have been extended temporarily with the permission of the European Commission several times since, and are now in place until May 2017.