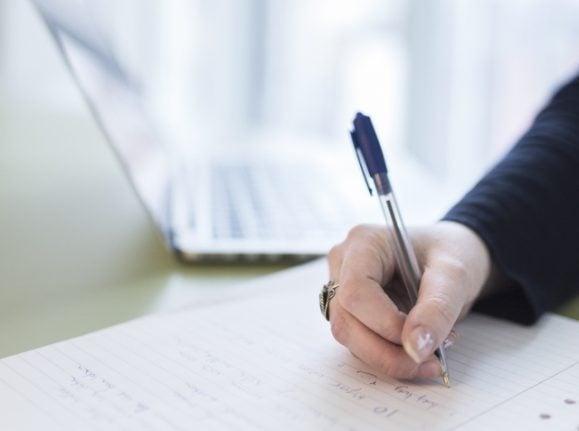 In its forthcoming edition of the Swedish writing rulebook (Svenska skrivregler), Sweden's Institute for Language and Folklore (Språkrådet) has for the first time ever recognized the use of the English plural “s” as in some instances valid while writing in Swedish.

The new use of the English plural form in Swedish comes from words borrowed from English like “story”, which some Swedes would pluralize as “storys” (no, not “stories”).

The government agency responsible for language policy recommends however that in most cases the traditional plural forms in Swedish (“or”, “ar”, “er”, and “n” endings, as well as the fifth group which is unchanged from singular form) should be preferred when possible.

Why? Because attaching the “s” plural instead of using a traditional Swedish form can create a problem when you then have to use the Swedish definite (bestämd) form of a word, which in the case of “storys” could be the clumsy looking “storysna” or “storysarna” (which in the latter case is the English plural plus the Swedish plural, plus the Swedish definite form). The “s” plural in Swedish still lacks an established definite form of its own.

“The ground rule is staying the same: you're usually best to avoid the 's' plural, because it complicates things in different ways, above all when you need to alter the plural to the definite form. But the 's' plural exists in Swedish and is becoming more common,” Ola Karlsson, one of the editors of the writing rulebook, told news agency TT.

“The new thing is that it has become an integrated part of Swedish conjugation, which also creates hybrid forms like “storysar”, for example. That started with a small number of exceptions such as “kepsar” (caps), but it's now spreading and becoming more natural in line with English being something of a second language in Sweden.”

READ ALSO: The Swedish teacher's blog on The Local

The Institute for Language and Folklore recognizes that it ultimately doesn't control the development of the Swedish language however. Rather, it's the people who use it every day who decide which direction it goes in, so the rules have to fall in line with the dominant usage.

So while they think the “s” plural is best avoided, they also accept that “storys”, and other established examples like “banners” and “brats” are here to stay.

“If everyone says 'storys' and no one says “storyer”, you can’t go out and recommend that you should say 'storyer'. You then have to adapt and make recommendations based on how it looks in practice,” Karlsson concluded.