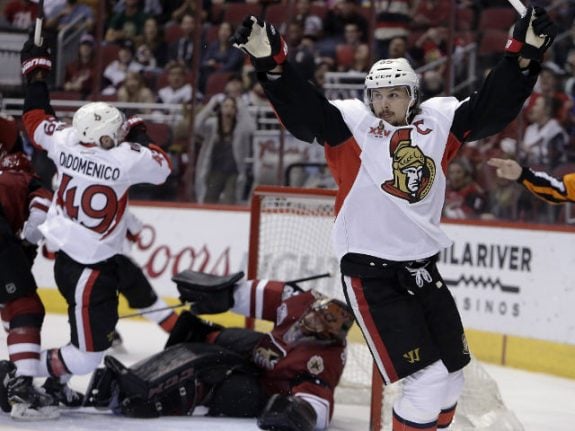 The Colorado Avalanche and Ottawa Senators will play two games in Sweden next autumn, the league and its players union announced Friday.

The games will be staged November 10th and 11th at the Globe (Globen) in Stockholm, marking the sixth time, and first since 2011 that teams from the elite North American league have visited Europe to play regular-season contests.

“We have more Swedish players than ever in the NHL and we are extremely pleased that the 2017 NHL Global Series will allow us to showcase a number of those players, with their NHL teams, in their homeland,” NHL Commissioner Gary Bettman said.

“Hockey is a global sport, with NHL players from the world over, and we are focused on continued international growth,” said Don Fehr, executive director of the NHL Players Association.

“Playing NHL regular-season games in Stockholm is an integral part of that effort.”

Karlsson and Colorado's Gabriel Landeskog are both expected to play for their NHL clubs in their homeland for the first time.

The Senators split two games with Pittsburgh to open the season in Stockholm in 2008.