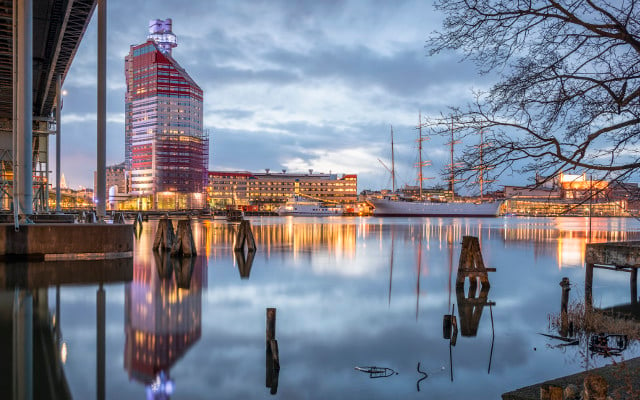 Or at least it's believed to have happened this week, according to calculations by analysts.

The sums were done by Business Region Göteborg's numbers expert Peter Warda, who has taken a variety of factors into account and reached the conclusion that the Gothenburg region hit the one million mark during the night of March 28th.

“By the end of 2016 the Gothenburg region had 997,446 residents. Our calculation is based on studying migration and birth surplus trends over three years (as they differ significantly from previous years) together with employment growth and the historic trend in the region's population growth. We estimated the arrival of the one millionth inhabitant on March 28th at 10:05pm,” Warda told The Local.

He added however that the statistical estimation has a two-week margin of error, because “babies do the planning themselves”.

To be certain, The Local also asked Tomas Johansson, population analyst at number-crunchers Statistics Sweden, and he thinks it's entirely possibly that there are now one million Gothenburgers.

“When I worked out the population at the turn of the year for Gothenburg's municipalities they had just under one million (997,446). It's not unreasonable to think that the region now has over one million residents,” Johansson noted.

A port city built by the Dutch and once a draw for English and Scottish immigrants during the industrial revolution, Gothenburg has long had an international past, and internationals coming to work there is a continued part of the city's growth, according to Warda.

And the recent increase isn't a coincidence, but rather a consequence of a focused attempt from the city since the 2000s to expand and become a major European business hub.

“The region is home for leading global innovators that produce leading tech-products in automotive, life science and IT, and many national and global talents move to Gothenburg to be part of this strong development in the business environment,” Warda added.

The challenge now is for housing, employment and infrastructure to keep up with the city's growth.