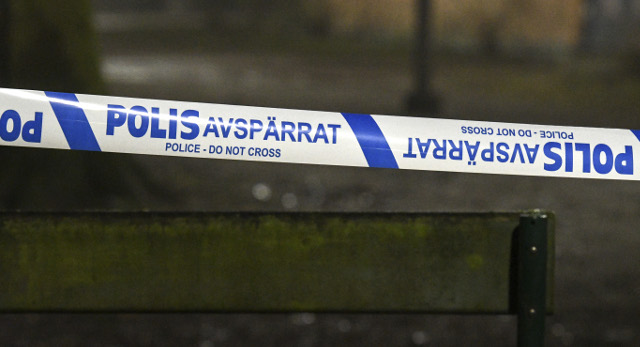 In 2013 and 2014 meanwhile there were 87 instances, but if the average for the last five years is calculated then it lies at 92 cases of lethal violence per year – the same as the level has been since 2002.

“There's no big difference between last year and the previous 10 year period in general. You can say that it's consistent,” Brå’s lethal violence statistician and analyst Nina Forselius told The Local.

“The last two years were at a slightly higher level, but it's still too early to say there's a change in trend, because if you look at the last five years it averages out at 92, and the average has been 92 since 2002. It has been steady. If there was a high level over the next year, then we could start to see a slightly higher average, but for now we can't say that there's any change in direction.”

Seen over a longer period of time, the level of lethal violence in Sweden is lower than it was in the 1990s, where the average was 100 instances per year, before dropping to the region of 92 in the 2000s.

“If you look from 2000 until now, we're actually about a tenth lower than during the 1990s,” Forselius observed. Graph charting the lethal violence trend in Sweden since 2002. The dark line shows the total, the lightest line shows cases where a woman was the victim, and the medium-tone line cases where it was a man. Photo: Brå

Shootings in particular have made headlines in Sweden recently, with high profile cases occurring in the country's major cities during 2016, but Brå's stats show that the level of lethal shootings remained around the same as the average for the last five years.

Shootings accounted for 28 percent of instances of lethal violence in Sweden in 2016, down marginally from 29 percent in 2015 as well as the overall average for the last five years of 29 percent.

“That particular kind of crime is reported about a lot in the media, which means that you can end up with the perception of it happening very often if for example the same instance is reported about several times. And when these kind of crimes happen they're pushed quite hard, so there's a connection there,” Forselius explained.

The proportion of lethal violence shootings account for in Sweden since 2012 (29 percent) is however higher than it was during the 1990s, when they made up 20 percent.

Brå defines lethal violence as murder, manslaughter, infanticide and assault with the outcome of death, but does not include instances deemed to be self-defence.