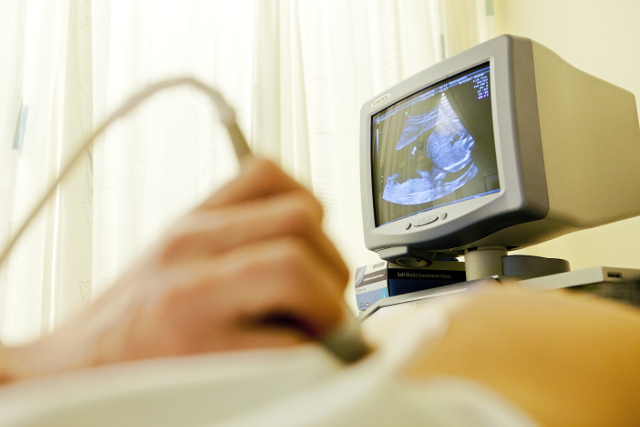 File photo of a pregnant woman having an ultrasound scan. Photo: Tore Meek/AFP

Their study was based on data from 1.4 million children in Sweden, and was published in the Journal of the American Medical Association (JAMA) Neurology.

Just how much a child's risk of epilepsy rose was linked to how obese the mother was early in her pregnancy, said the findings led by Neda Razaz of the Karolinska Institutet in Stockholm, Sweden.

“Risk of epilepsy increased by 11 percent in children of overweight mothers,” whose body-mass index was between 25 and 30, said the study, which found that, of the 1.4 million children born between 1997 and 2011 in Sweden, 0.5 percent (7,592 children) were diagnosed with epilepsy through 2012.

BMI is calculated based on a ratio of height and weight. The average range is generally 18.5-24.9.

Women who were obese, having a BMI of 30 to less than 35, saw a 20 percent increased risk of bearing a child with epilepsy compared to normal weight mothers.

For women with a BMI of 35 to less than 40, the risk rose by 30 percent. And for those with extreme obesity, the risk was 82 percent higher than normal weight mothers.

Epilepsy is a brain disorder, the causes of which remain poorly understood.

The survey-based study did not delve into the causes of the apparently higher risk of epilepsy, which may include genetic and environmental factors.

Researchers speculated that being overweight or obese during pregnancy could lead to a higher risk of brain injury in infants, or that obesity-induced inflammation could affect neurodevelopment.

“Given that overweight and obesity are potentially modifiable risk factors, prevention of obesity in women of reproductive age may be an important public health strategy to reduce the incidence of epilepsy,” said the report.

A separate study in Denmark published last year by the American Academy of Pediatrics found that when women had a higher BMI before getting pregnant, their offspring faced a higher risk of cerebral palsy.