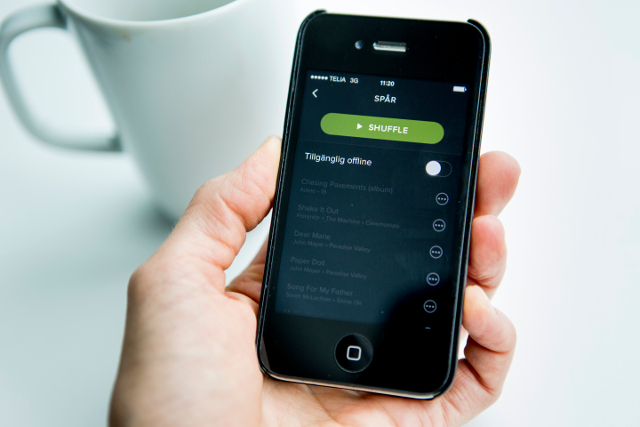 Under the deal, the terms of which were not disclosed, Spotify subscribers can have access to a new album by a Universal artist for a period of two weeks after its release, the two companies said in a joint statement.

But “singles are available on Spotify for all listeners”, its chairman and CEO Daniel Ek said.

“This partnership is built on a mutual love of music, creating value for artists and delivering for fans. We will be working together to help break new artists and connect new and established artists with a broadening universe of fans in ways that will wow them both,” he said.

Since it was founded in 2008, the online music listening service has never been able to generate a net profit, with the majority of its turnover going to the rights holders such as artists, producers and record majors.

Fot its part, the Universal Music Group (UMG), the world's largest record label, will also get unprecedented access to data, “creating the foundation for new tools for artists and labels to expand, engage and build deeper connections with their fans”.

“Today, streaming represents the majority of the business. Our challenge is transforming that upturn into sustainable growth,” Grainge said.

Spotify, which is available in 60 markets, exceeded 50 million paying subscribers in early March. The company is growing and consolidating its position as the world's number one compared to competitors like Apple Music or Deezer.

It did not mention progress in negotiations with the two other major companies, Sony and Warner.

BUSINESS
‘I was too ambitious’, says Spotify CEO as tech giant cuts 6 percent of workforce
Url copied to clipboard!