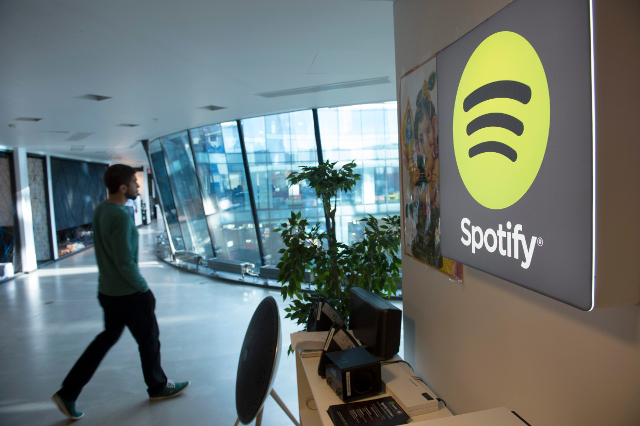 “Spotify is seriously considering a direct listing, in which the company would simply register its shares on a public exchange and let them trade freely, according to people familiar with the matter,” the daily wrote.

“The company wouldn't raise any new money or use underwriters to place new blocks of stock,” it said.

The inconvenience of such an operation is that a company is then required to comply with stock exchange quarterly reporting regulations – without pulling in any fresh capital.

But the young Swedish company sees other advantages, according to the Wall Street Journal.

For starters, the process would be less costly, simpler and faster.

Furthermore, “having a public stock would also give Spotify's investors and employees the opportunity to cash in their shares”, it said.

If it chooses to go this route, Spotify would itself set a selling price for its stock.

According to the newspaper, “the Swedish company is targeting a public valuation of more than $10 billion”.

Contacted by AFP, Spotify refused to comment on the report.

The last valuation of the company that was made public was $8.2 billion in June 2015.

The company's list of stockholders is not public. But after occasionally turning to investors to finance its development, it has accumulated a number of them.

On Tuesday, the company announced it had signed a multi-year global licence agreement with Universal Music Group which, according to industry analysts, is expected to reduce the amount of money paid to the record major for rights, and would thereby enable Spotify to generate its first profits.