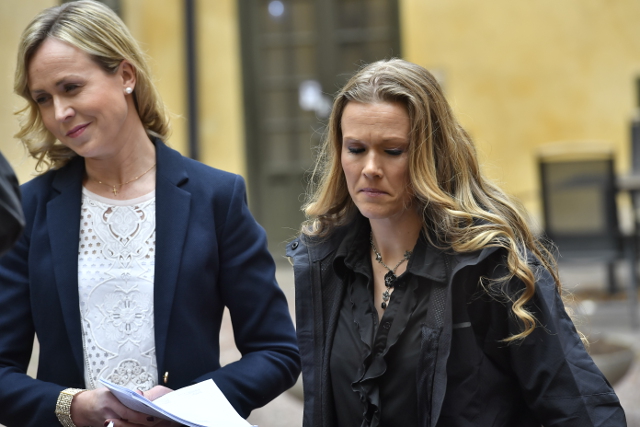 Ellinor Grimmark was not discriminated against, the Swedish Labour Court (Arbetsdomstolen) judged in its verdict delivered on Wednesday, because the county had the right to require midwives working at women's clinics to carry out all of their duties, including abortions.

The court also judged that “there had not been any violation of the midwife's freedom of expression and opinion” as she had asserted.

Grimmark first made headlines in January 2014 after a contract offer at a hospital in Eksjö was rescinded when she said she would not perform abortions on the grounds of her Christian faith.

She launched a complaint with Sweden's Equality Ombudsman (Disrkimineringsombudsmannen) but it judged she had not been discriminated against, as the county had refused her the position on the basis that she was not prepared to perform duties that were part of the job description – not on the basis of her religion.

Jönköping District Court then reached a similar conclusion when the case was taken to them, ruling against claims of discrimination.

Grimmark then took her appeal to the Labour Court, with the help of US-based Christian anti-abortion organization Alliance Defending Freedom, insisting she had been discriminated against and her freedom of religion and freedom of expression had been breached.

The Labour Court judged there was no discrimination involved however, and also that “some of the demands are too old, have exceeded the statute of limitations, and the midwife had failed to prove certain claims”. Grimmark has now been asked to pay the other party's legal costs.

“Obviously I'm disappointed about the ruling. It was expected so it's something we prepared for,” Grimmark told The Local over the phone on Wednesday.

“I've spoken about it with my lawyers and I'm going to take it further to the European Court of Human Rights,” she added.

The European Court of Human Rights cannot overrule Sweden's courts, but if it finds that there has been a violation in a case, it may award compensation and ask the State concerned to refund expenses incurred in presenting it.

The verdict was welcomed by Swedish sexual education campaign organization RFSU, by contrast.

“It's very important that the Labour Court establishes that abortion is included in midwifery. A patient's care needs and wishes should not be steered by medical staff's refusal to perform certain tasks,” RFSU chairperson Kristina Ljungros said in a statement.

Sweden's Health Minister Gabriel Wikström did not want to comment on the specific case, but said that he believes that Swedish healthcare should be science-based.

“In principle I think that healthcare should be based in science and proven experience, not an individual person’s opinions and thoughts. Refusal to carry out abortions, give out contraception and the like is a refusal to care,” he told news agency TT.