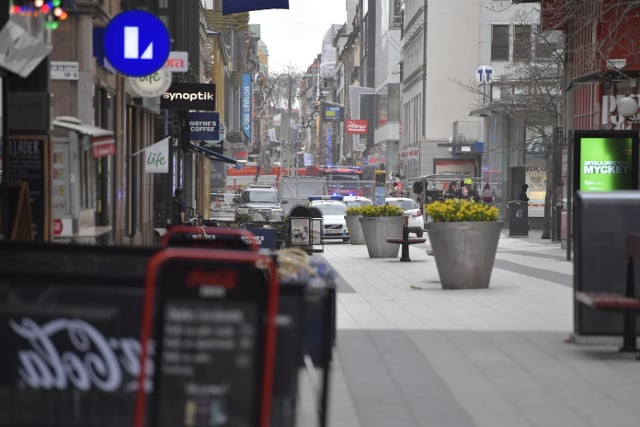 Rakhmat Akilov is accused of being the driver of a truck which killed four people in Stockholm on April 7th. Photo: Jessica Gow/TT

The 39-year-old suspect, Rakhmat Akilov, “fell under the influence of emissaries of the Tajik cell of the Islamic State, making attempts to take part in combat in Syria on the side of the fighters,” an unnamed law enforcement source in the Central Asian state said.

According to the source, Akilov attempted to cross Turkey's border with Syria in 2015 but was detained, then deported back to Sweden.

READ ALSO: Who is the real Rakhmat Akilov?

The source added that Uzbek authorities had added Akilov to an international wanted list in late February after a criminal case on “religious extremism” was opened against him.

Sweden's security police Säpo would not comment on that information however.

“That kind of detailed information is not something I can comment on. We have a duty of confidentiality during the investigation,” Säpo’s press secretary Simon Bynert told news agency TT.

Akilov on Tuesday confessed to a “terrorist crime” for the truck attack that killed four people and injured 15 others on Friday, his lawyer said.

READ ALSO: Why deporting the Stockholm attack suspect was not straightforward

A construction worker who had been refused permanent residency in Sweden, he was arrested several hours after the attack.

He had gone underground after his application for Swedish residency was rejected last year, police said.