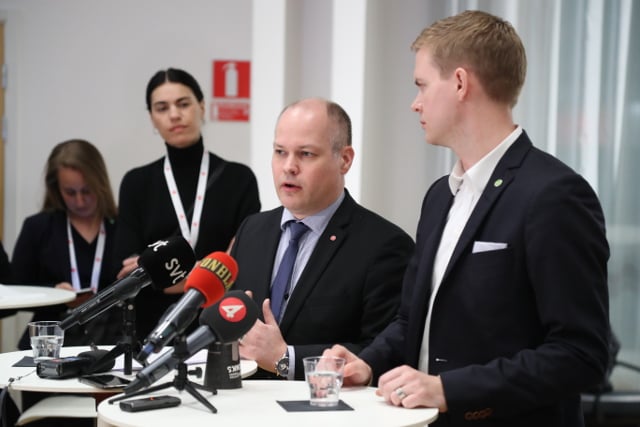 READ ALSO: What Sweden is doing to crack down on terrorists

Now, Supreme Court judge Stefan Johansson has been asked by the Swedish government to run an investigation into changing the laws in the area. He is due to finish the investigation by December 15th, which would give enough time for a change to take place before the end of the current government's mandate period in mid 2018.

The attack in Stockholm has brought the issue to the fore, but previous inquiries into terror laws in Sweden have pointed out that there could be gaps in the current legislation. In the past, banning being a part of a terror organization has been flagged up as potentially clashing with Sweden's freedom of association laws, but Justice Minister Morgan Johansson does not believe that is the case.

READ ALSO: The latest on the Stockholm truck attack

The minister believes that making participating in a terrorist organization illegal would increase the possibilities of prosecuting people who in some way support terrorism:

“Today it's the case that you have to be tied to a specific terror offence. What we are now saying is that if you are active in the organization which engages in terror offences, it should be possible to prosecute your for that.”

Seven of the eight parties in the Riksdag have already expressed their openness to making collaboration with a terrorist organization an illegal act, according to enquiries made by public broadcaster SVT.

Since 2013 it has been illegal in Norway to participate in a recognized terrorist organization, with up to six years in prison the punishment.