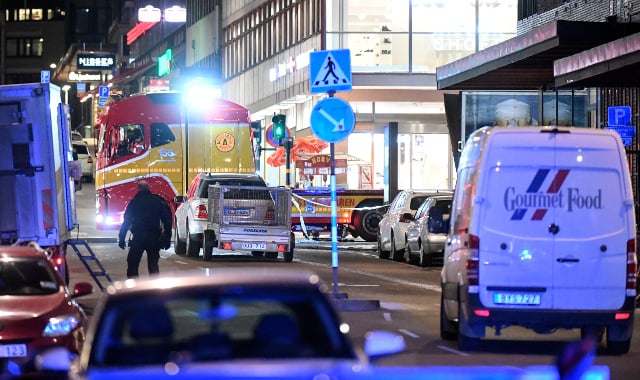 The truck being salvaged in the early hours of Saturday. Photo: Fredrik Sandberg/TT

“But we can say that it is not the same person who's in the pictures from the attack who worked for us,” Scandic Hotels communications director Heidi Wold, told the Swedish public broadcaster.

After a while the hotel began having suspicions regarding documentation the man had shown at the start of his employment to show he was allowed to work in Sweden. His contract was terminated in January 2017 after he failed to confirm his identity “in a satisfactory manner”, said Wold.

“We have had a conversation with the police. They had the same information you did initially and approached us with the same question. And our answer to them is the same,” she told SVT.

Akilov has also used another name in Sweden. After his request for a residency permit was denied in 2014 he appealed to the migration court, which also rejected it. In those rulings the man has a different name, Rahmantjon Kurbonov, and a different date of birth, newspaper DN has previously reported.

The Uzbek man was on Tuesday remanded in custody on suspicion of terror crimes, which he has admitted, after driving a truck into crowds on a busy shopping street, leaving four people dead.

“The man who is in the courtroom was in the driver's cabin, but names could change,” deputy chief prosecutor Hans Ihrman said at a press conference after Tuesday's remand hearing.