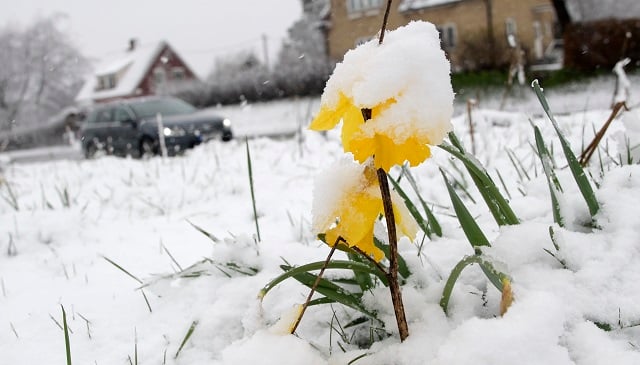 Southern Sweden saw unseasonably cold temperatures, with up to 10cm of snow in northern Skåne, Blekinge, Kronoberg, Halland and Kalmar.

In Örebro, the mercury dropped to -14C, making it the coldest April night since 1944, according to P4 Örebro.

In Karlstad, Sweden's meteorological institute SMHI said temperatures reached -9C, meaning it was the coldest night of April since 1985.

In Floda, Södermanland, things were even colder, reaching -17C. That was the coldest night measured since the local weather monitoring station was set up in 1995.

“It's over 20 years old now, so we can say it's remarkable that it was so cold,” Alexandra Ohlsson, a meteorologist at SMHI, told Swedish newswire TT.

It's possible for temperatures to fall below -10C in southern Sweden during spring nights, but it's unusual.

In Götaland, since the start of the 2000s, the mercury has only slipped below the -10C mark four times.

On Easter Sunday, southern Sweden can expect snow and temperatures a few degrees above zero, while the north of the country will remain below freezing.