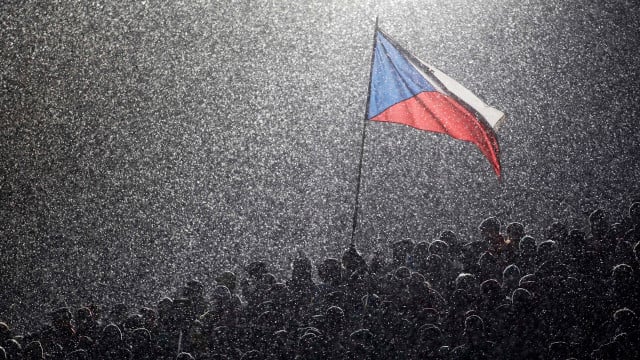 Coming from the Czech Republic, many things in Sweden seem a bit strange to me. The language sounds alien, some of the local architecture eerily resembles the communist style I know all too well, and liquorice seems to be a popular sweet.

On the other hand, queuing here is very organized and civil (as opposed to my home country, where not getting the skin scraped off your heels by the overly eager person behind you is a win), and you can even come across a park in central Stockholm at Norra Bantorget that is full of black bunnies at night! Altogether, being Czech and new in Sweden provides you with a few surprises, ranging from pleasant to irritating – but all part of the experience. Here are my top five.

Walking down Drottninggatan during my first week in Stockholm I noticed a few people with strangely bulging upper lips, making them look like they have a really bad toothache.

After some enquiry it was explained to me that it's actually a small pouch of tobacco stuffed under their lips – a Swedish product called Snus. The taste is strange and it looks funny when you're sucking on it, but many insist it's a less harmful tobacco substitute for a common cigarette (though not without its own dangers, as some studies suggest).

As smoking indoors is about to be prohibited in the Czech Republic, Snus might just be worth introducing in the local market (provided Sweden can somehow shake that pesky EU export ban). Even though Czechoslovakia broke apart 24 years ago, forming two separate and individual countries in the form of the Czech Republic and Slovakia, many people in Sweden (and around Western Europe) seem to be unaware of this historical fact.

After announcing I come from Prague, Czech Republic, people are either absolutely oblivious as to where it can be located on a map, or they often exclaim 'Ah ja! Czechoslovakia!'. This particular retort usually leads to a well practiced short lecture on European history, with just a hint of agitation and an extra side of patience on my part. To my surprise, even the library at the Swedish Film Institute has a category labelled 'Czechoslovakia'… The cardamom bun is probably one of the most unexpected foods for a Czech. As we usually complement our pastry with cottage cheese, various jams, or poppy seeds, cardamom presents a very new and unfamiliar taste, but is surprisingly good!

I would recommend the Valhallabageriet at Valhallavägen, where it seems like they always have a fresh batch warm, ready to be enjoyed with a cup of nice coffee.


Your best choice for a fika! Photo: Fredrik Sandberg/TT

Though approaching a Swede is usually guaranteed to be a pleasant experience as they are cordial folk, passing them on the street or in a store can be frustrating. Stockholm people seem to have no problem bumping into you without as much as an 'excuse me' or 'sorry' crossing their minds.

The same goes for getting on/off the metro in the Swedish capital, the tunnelbana. Whilst in Prague it is customary to wait for everyone to disembark before getting on (and non-compliance usually earns you scolding looks or even a telling-off), people here are already halfway through the carriage long before the last person has both feet out on the platform. This new experience can be quite shocking at first, but after a while I just found it easier to adopt the same habits. Being a student at Stockholm University, my list naturally has to include something to do with education. As opposed to universities in the Czech Republic – which still rely heavily on memorizing a load of information you tend to forget instantly after an oral exam – the education system here prefers a more creative approach of composing essays and discussing relevant topics during lectures, making you feel less like a monkey and more like an actual student capable of thinking for themselves.

Though this might not be unusual for a student from the UK for example, it certainly is eye-opening for a Czech one such as myself, who is used to quietly catching up on some sleep during lectures.


Stockholm University ever moulding the minds of its young pupils. Photo: Anders Wiklund/TT 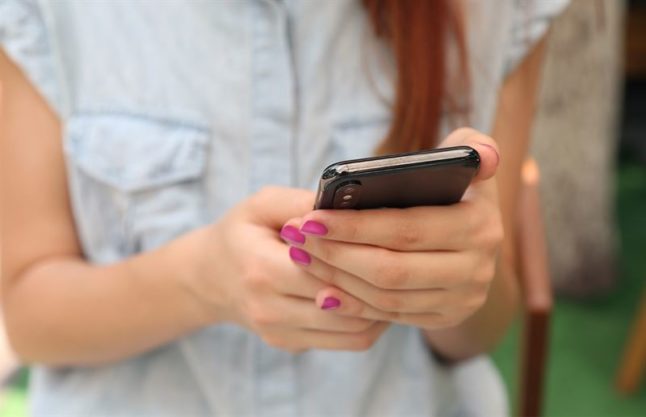 From August 1st, people in Sweden will no longer be able to activate a pre-paid sim without proving their identities and registering the number with their name. Existing pre-paid sims will continue to work until February 23rd.

Why is this change being brought in?

Sweden’s police argue that banning unregistered pre-paid sim cards will make it easier to fight organised crime, as criminals will find it more difficult to use unregistered sims for so-called ‘burner’ phones that they use for a short period and then discard, making them harder for police to tap and trace.

“Unregistered pre-paid sims for mobile telephones are often used by criminals to make the police’s work more difficult,” Sweden’s justice minister, Morgan Johansson, said when the law was proposed in February. “Now we are bringing an end to that and as a result giving police better tools to fight crime.”

Shortly before the law came into force, Fredrik Joelsson, an officer with the Swedish police’s anti-fraud section, told state broadcaster SVT that the change would “make it easier for the police and for other crime-fighting agencies”.

What will people need to provide to register a new pre-paid sim?

People who have a personal number and access to Sweden’s BankID online identity service can register online. (Here are links to registration for Comviq, Halebop, and Hallon)

Can I register without BankID?

Yes. If you don’t have a personal number or BankID, you may still be able register your pre-paid card in person, either at a mobile phone provider’s shop, or at a retailer such as Pressbyrån or 7-Eleven.

According to Comviq, all you need is to take your phone and valid Swedish or foreign ID to a retailer selling Comviq cards, such as Pressbyrån, 7-Eleven, or even your local  independent corner shop. They will then be able to register you.

To register a Halebop sim, you need to visit a Telia mobile phone shop, but, according to their website, they require that those applying fulfil one or more of the following criteria:

Can I register without a Swedish address, Swedish documentation, or a Swedish identity number of any kind?

Yes, so long as you can prove your identity, it should be possible to use foreign documents.

Halebop says it will also register people at Telia stores who are:

Comviq says that all its retailers will require is a valid foreign ID.

What happens if I already have a pre-paid sim and don’t bother to register it?

According to Comviq’s website, people with older pre-paid sims need to register by February 1st, 2023 “in order to avoid the risk that their number is deleted”. This suggests that you might be able to continue to use your card after February 1st, but that it could be cancelled at any point after that.

Will the new rules bar new arrivals in Sweden from getting a pre-paid sim?

According to Sally Stenberg, head of legal affairs with the The Swedish Post and Telecom Authority (PTS), the new law itself is unclear about what sort of identity documents will be sufficient. In the preparatory work leading up to the law, however, it is quite clear, she says, that the government does not want to block anyone, including foreign tourists, from being able to get a pre-paid sim.

“The government has been pretty explicit that this isn’t intended to shut anyone out from having a pre-paid sim card,” she said. “The law says that if you don’t have a personal number you can use another identity number, and in the preparatory documents, they say that can be a passport number or your date of birth.”

There was even a suggestion in some preparatory work that if someone has no documents at all, foreign or Swedish, they may be able to get a pre-paid sim if they can get a relative or close friend can vouch for them and provider their own documents.

Can people register sim cards for their children?

Yes. Pre-paid sim cards used by children should be registered using the identity documents one of their parents or another adult responsible for looking after them.

Is there a limit to how many sims a person can have?

No. Under the law, there is no limit to the number of pre-paid sims a person can register, but if a sim is used by someone who isn’t the person it is registered to or a member of their family on more than a few occasions, the mobile phone operator is supposed to shut it down.  According to Stenberg, the law gives no suggestion on how mobile phone operators should determine this.

What happens to the information people provide when registering a sim?

Unless you ask for your identity to be kept secret, you name will be coupled to the mobile number of the pre-paid sim in Sweden’s online telephone directories, Eniro.se and Hitta.se. Your personal number, name, address, photos of your ID documents, and other information collected will be kept by the mobile phone operator (and passed over to them by retailers).

If police require information on the identity of the person behind a certain number, or the numbers used by certain individuals, the mobile phone operators can then pass that information on.

“Tele2 is, as all other operators in Sweden, legally obliged, under certain circumstances, to disclose stored customer data to government agencies, normally the police authority or the security police authority,” Fredrik Hallstan, press officer for Comviq’s owner Tele2, told The Local. “The data stored in accordance with the new registration provisions will fall under this obligation as well.”

How did mobile phone operators view the new law?

They have been critical, with Tele2 in particular complaining that the law is “not proportional”, and “not sufficiently motivated”.

“When comparing the foreseen upsides with the foreseen downsides of the proposal, Tele2 found – like the government has done in previous analyses of a registration obligation – that such an obligation would not be proportional,” Hallstan said.

What will happen over the next few months?

Stenberg said that PTS aimed to develop “more detailed rules regarding the identification of users” within a few months, based on how they see the new law working in practice.

“We have the possibility to monitor the operators and collect information on how they are applying the law, and if consumers have complaints, we will collect them as well and monitor the reactions of consumers,” she said. 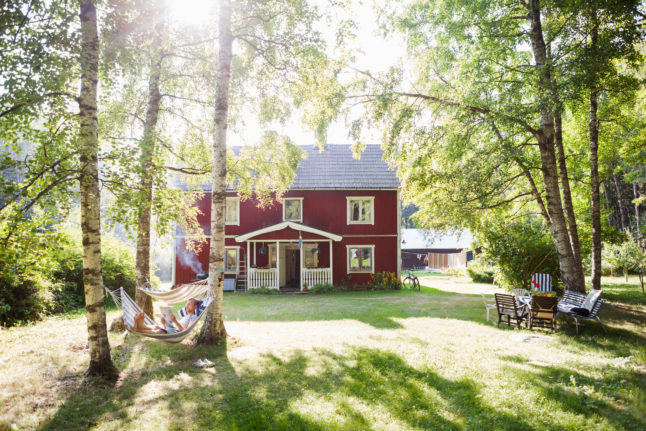 SWEDOPHILES
Eleven types of foreigner you might meet in Sweden