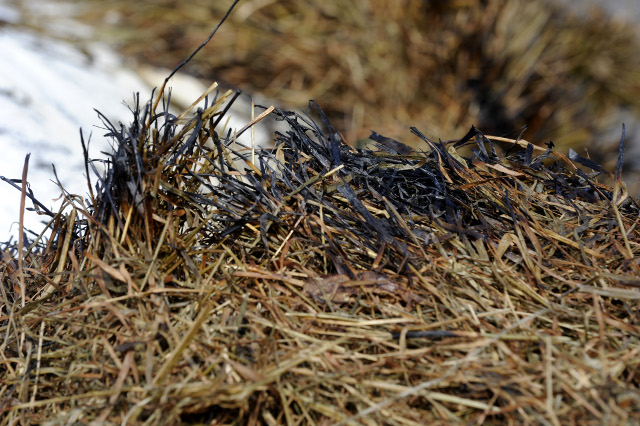 Southern Sweden was covered with up to 10cm of snow while the mercury in Floda dropped to -17C during the holidays, but now, national forecaster SMHI says that large parts of the country are at risk of grass fires. The cause? Dry grass from last year that has been newly exposed by melted snow.

READ ALSO: Sweden wakes up to snow and record low temperatures during Easter

Warnings have been issued in Jämtland, Västernorrland, Gävleborg, Dalarna, Västmanland, Örebro, Uppsala, Värmland, Stockholm, Gotland, Kronoberg and parts of Västra Götaland – a stretch running from far in the north to deep in the south. The purple section shows areas in Sweden where grassfire warnings have been issued by SMHI. Photo: Screengrab/SMHI

People in Sweden have been advised to “take great caution” when lighting fires outdoors in those areas.

“The grass is almost like gunpowder at this time of the year,” Leif Lindahl, a fire engineer at Sweden's Civil Contingencies Agency (MSB) explained to news agency TT.

“You have to keep an eye on the wind, carry extinguishing equipment, plan and ideally be a group of several people. Aside from that, I think you should think twice before you start as to whether you really need to light a fire.”

Sweden has around 2000-3000 grass fires every year, according to MSB statistics. The season peaks in April and May before grass from the previous year is replaced by new vegetation.