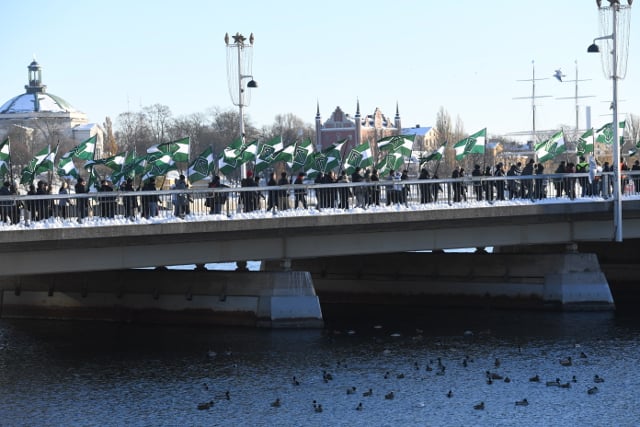 Every year politicians, pundits and lobbyists descend on Visby on the island of Gotland for Almedalen Week, a decades-old event and today a staple in Sweden's political calendar.

This year militant neo-Nazi group the Nordic Resistance Movement (NRM) has for the first time applied to attend the July 2nd-9th festival, Hela Gotland reports. A spokesperson told the regional newspaper the group has formed a party and plans to run in Sweden's next general election in 2018.

Almedalen Week's project manager Mia Stuhre said the application – which would allow the organization to have a stall alongside around a couple of hundred other stallholders – is treated as any other application.

“I do not support the party in any way. But we have a constitution and this is a registered party. I cannot say no because their opinions are different,” she told the TT newswire.

A decision to grant them a stall does not mean that the group's activities will be part of the official programme of events during Almedalen Week, nor does not give the group access to the main stage, on which the leaders of Sweden's eight parties in parliament traditionally each give a speech.

“They have applied for a space to meet people, hand out flyers and give speeches. If they later on apply to be part of the official programme it is up to the local representatives of the eight parliamentary parties to approve it,” said Stuhre. “If they say no I'll comply with that.” Almedalen Week in Visby on the island of Gotland. Photo: Henrik Montgomery/TT

NRM has not applied to take part in the official programme, and the main organizers of Almedalen Week said they have not yet decided how they would treat such an application.

“I can't answer that today. We're going to have to bring it up when the parties' representatives get together for a meeting on May 4th,” Leif Dahlby, chairman of Almedalen Week 2017 and a member of the Social Democrat party, told TT.

“There is already an ongoing discussion about this. But we've got until May to look at the rules and then take a position.”

Swedish anti-racism foundation Expo warned last year that NRM was mobilizing and recruiting new members. Expo studied the background of 159 of the organization's most active members and found that 26 percent had been charged with violence or weapon offences in 2015.

According to Expo, more than half of the activists (56 percent) had at some point been convicted of some form of criminal offence. In almost a fourth of the cases the sentence included time in jail.