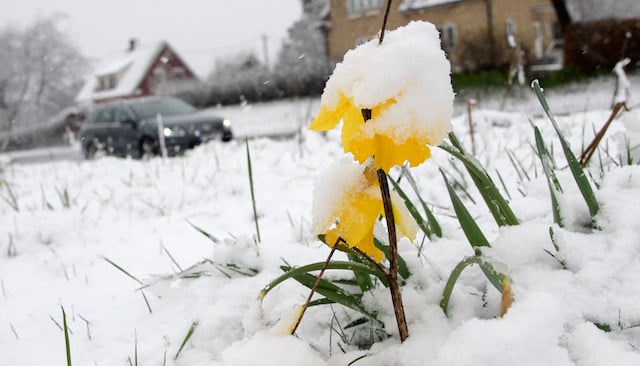 Snow, winds and wildfires. This is spring in Sweden, after all.

A low-pressure area moving north-east across southern and central parts of Sweden on Monday evening could bring snowfall and cause traffic disruptions in the next 24 hours, forecasters predict.

The surprise spring snowstorm is expected to last until Tuesday morning.

Class-one (“severe”) weather warnings for snow and strong winds have been issued for the counties of Värmland, Dalarna, Örebro, Västmanland and Uppsala, and for the Roslagen coastline in the Stockholm county. The amount of precipitation varies, from three millimetres of snow in the eastern counties to 20 centimetres in the west.

Meanwhile, the risk of wildfires remains high in the northern Västernorrland county.