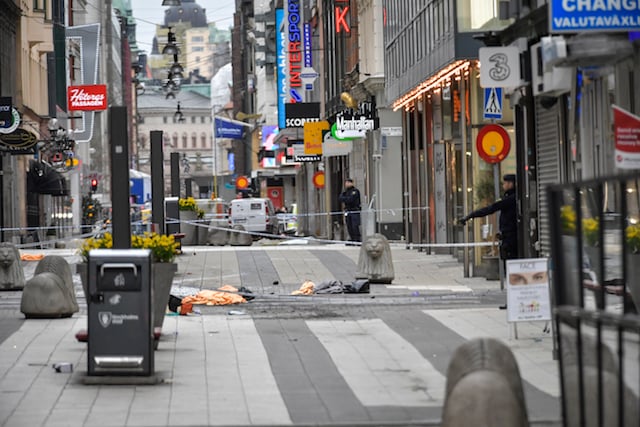 In the wake of the Stockholm attack on April 7th, Minister for Home Affairs Anders Ygeman, of the Social Democrats, met with representatives of the centre-right opposition parties on Monday to discuss tighter measures against terrorism.

“I mainly believe they brought some good proposals,” Ygeman said.

Around ten proposals are on the table, but according to Ygeman another 3-4 meetings could be needed before an agreement is made approximately one month's time.

Collaboration could be made illegal

The government, made up of the Social Democrats and the Green Party, for instance wants an inquiry into criminalising collaboration with terrorist organisations.

A similar law is already in place in Norway, and it has been described as an important tool by the Norwegian security service. Norwegian police are not required to prove that someone has committed an act of terror, as the law only requires the police to be able to show the suspect has collaborated with a terror organisation.

Many of the centre-right opposition parties have been demanding such a law for some time, while the Social Democrats appear to have made a U-turn on the matter lately.

The Centre Party's spokesperson on legal matters, Johan Hedin, thinks criminalisation of collaboration with terrorist groups is the most important proposal.

“With good legislation of that kind, we could solve many problems,” he said.

“Practically everyone returning from fighting with the Islamic State could be punished.”

The Left Party – as well as the Sweden Democrats – was not invited to the talks, and warns that decisions could be rushed through and become legally uncertain.

“We are deeply concerned,” said Left Party legal spokesperson Linda Snekker, pointing for instance to uncertainties as to who should decide what constitutes a terrorist organisation.

Easier exchange of information between the Swedish Security Service and other authorities was also discussed at the meeting.

The parties also discussed the option of using electronic ankle tags on people deemed to be a security risk, but who cannot be expelled as they may risk death penalty or torture.