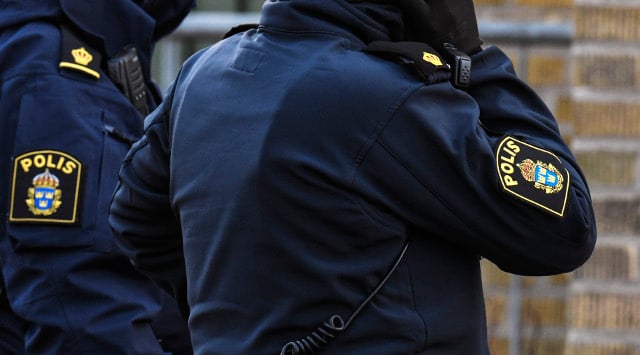 Swedish police could be given a greater ability to search workplaces for undocumented employees. Photo: Johan Nilsson/TT

On Thursday, justice minister Morgan Johansson and interior minister Anders Ygeman presented the new provisions designed to increase the possibilities of dealing with those who try to go off the radar after having their residence application rejected.

One such measure is giving the police an increased ability to carry out inspections of workplaces to make sure there are not people employed there in breach of Sweden's Aliens Act.

The government has also proposed that the fine handed to employers if they employ someone in breach of the rules is doubled.

“The idea is that it should hurt an employer if they use these people, who often find themselves in vulnerable situations,” Johansson said at a media conference presenting the new proposals.

In March, Sweden's Border Police expressed fears that there could be an increase in undocumented migrants in the country, warning that they are vulnerable to crime and exploitation. Police are carrying out fewer domestic checks on migrants than before due to a lack of resources, in part caused by Sweden’s temporary border controls.

The government has also proposed that police should be given greater power to record fingerprints during immigration document checks, while both the police and security police (Säpo) could be given more power to enforce deportation decisions.

Sweden's Migration Agency (Migrationsverket) predicts that 33,000 people will abscond after having a residence permit application rejected in the next three years. It also expects fewer people to voluntarily leave Sweden than it previously predicted.

By January the Swedish police had more than 12,000 cases of people who were being sought by the Migration Agency. One high profile case is Stockholm terror attack suspect Rakhmat Akilov, who was subject to a deportation order from December 2016 onwards.

The new measures are expected to enter into force from March 1st, 2018.

READ ALSO: Why deporting someone from Sweden isn't a straightforward task