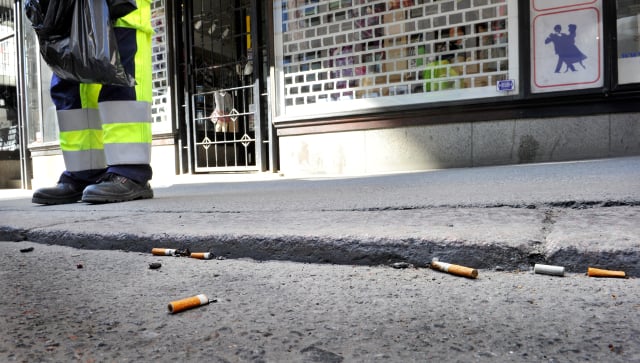 Between 2015 and 2016 the amount of litter thrown on the ground increased by 13 percent in municipalities keeping records in cooperation with Keep Sweden Tidy and Statistics Sweden.

On average, six casually discarded items were found in ten square metres in those 12 Swedish towns part of the survey. Almost 80 percent of the litter was tobacco-related. One survey of a Stockholm park in June found that every day there could be up to 30,000 cigarette butts on the ground.

“When it comes to packaging the producer is held to account, but cigarette butts are not included in that. We think that the tobacco industry should take more responsibility for its products. For example, they could offer their customer a pocket ashtray,” said Johanna Ragnartz, CEO of Keep Sweden Tidy (Håll Sverige Rent), whose spring litter picking campaign is under way.

Every year Keep Sweden Tidy encourages members of the public, organizations, clubs, municipalities and other groups to help keep the streets tidy by for example organizing litter picking days.

According to the organization around one billion cigarette butts are thrown away every year. The Tantolunden park in Stockholm on a sunny day in 2008. Photo: Henrik Montgomery/TT

“More people live in towns or cities and we eat and drink out,” she told news agency TT.

To combat the problem, Sweden introduced a new litter law in July 2011 which allows police to fine litterbugs 800 kronor on the spot if they toss their discarded items on the ground.

However, there are several exceptions to the law. Small items such as cigarette butts, gum and bus tickets are not considered trash, or at least considered such a minor offence that it is not punishable.